Born in Ft. Meade, Md., she was the daughter of the late Pete Connell and Patsy Adkins Connell. She is survived by her husband, Elton Randolph Bradford Jr., “Randy,” and her 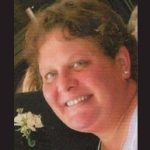 Also surviving are her sisters, Cindy Smith Holloway and her husband Fred of Fruitland, Terry Smith Kundell and her husband Ken of Ocean Pines; a great nephew, Michael Goldsmith; nieces Maggie and Emma Bradford; and nephew Patrick Bradford. She was preceded in death by a nephew, Kenny Goldsmith.

Mrs. Bradford was a graduate of Stephen Decatur High School class of 1978 and Salisbury State College. She had worked as a teacher for the Worcester County Board of Education and had been an adult day care provider. She also had worked at the Delmarva Christian School, and for Head Start in Stockton. She enjoyed music, reading, was a great cook and liked going to the casino.

A funeral service will be held on Saturday, Oct. 19, 2019 at 11 a.m. at the Burbage Funeral Home in Berlin. Friends may call one hour prior to the service. Rev. Olin Shockley will officiate. Interment will be private for the family. A donation in her memory may be made to the Girdletree Volunteer Fire Company, 2739 Snow Hill Road, Girdletree, Md. 21829. Letters of condolence may be sent via www.burbagefuneralhome.com.  Arrangements are in the care of the Burbage Funeral Home in Berlin. 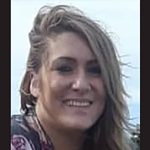 Brianna was greeted in heaven by her grandparents, Larry Slampak, William “Wild Bill” Collins and William “Bill” Mankovich, all whom she shared a close relationship with. Brianna will also be greeted by her dear friends who also lost their fight to addiction.

Brianna was a person who selflessly chose to live her life in the love of the people she cared for most. Brianna’s strongest qualities came out in the most emergent times and her personality flourished when it came to helping others in need. Her immense strength was used most to protect and stand up for her family and friends who couldn’t do it themselves. Brianna was a loyal daughter, friend and mother. Brianna’s life will be remembered by many, as someone who will fight a fly if it harms someone she loves. Brianna earned her High School Diploma at Jay M. Robinson High school in 2005. Her passion was to serve others and put a smile on strangers faces. Brianna loved spending time on Assateague Island beach with her mother and daughter, going for walks on the Ocean City boardwalk and taking long walks around her neighborhood with her family.

Brianna was loved by many people from North Carolina to Pennsylvania. Friendships and immediate bonds came instantly to Brianna and those friendships were carried close to her heart for the duration of her life. Brianna will be carried on through the life of her daughter, family and friends. Brianna’s fight in this world is over and she may finally rest in peace for eternity. Her life will be cherished, and she will be remembered as a hero through the donation of her organs to those in need.

A celebration of life will be held in Pennsylvania on Sunday, Oct. 27, 2019 at Brownfield United Methodist Church, 1427 Brownfield Road, Brownfield, Pa. from 1-3 p.m.