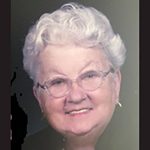 Betty was a devoted wife, homemaker and aunt. She was a lifelong member of Whatcoat United Methodist Church, Snow Hill American Legion Post #67 Ladies Auxiliary, Snow Hill Volunteer Fire Company Ladies Auxiliary and the Snow Hill C.B. Club and served on many committees at Whatcoat Church. She had attended Goldey Beacom Business College in Wilmington, Del. Betty retired from Moore Business Forms in Snow Hill where she served the company as a proof reader for many years. For the past 20-plus years, she had worked as a hostess with the Burbage Funeral Home in Snow Hill. She and Tad enjoyed traveling, especially to Florida, and dining with friends and family in many area restaurants. They were a mainstay at the local American Legion on Friday nights.

Services were held. A donation in her memory may be made to Whatcoat United Methodist Church, 100 West Federal St., Snow Hill, Md. 21863. Letters of condolence may be sent via: www.burbagefuneralhome.com 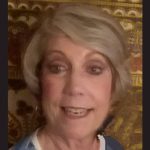 She was the daughter of James F. Hudson and Margaret J. Hudson. She is survived by her son, James Bradshaw and his wife Shana and their daughter Zelda; her son Beau Bradshaw; her mother Margaret J. Hudson; her sisters Ellen Bunting and Linda Smith; her brothers-in-law Dick Bunting and Bill Smith; and several nieces and nephews.

Carolyn was born in Salisbury, but grew up in Grifton, N.C. graduating from Grifton High School and Lenoir Community College. She was employed as an underwriter for the North Carolina Farm Bureau. In 2007, she returned to Maryland living in Ocean Pines.

She became an active member of the Atlantic Club where she was inspired by and in turn inspired many members. She was known for her sincerity, kindness and vivacious personality. Her spirit will be sorely missed by all who knew her. 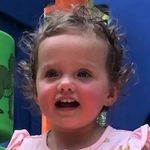 Born on Dec. 18, 2017 in Salisbury, she was the daughter of Sean and Terra (Rygh) McNelis of Ocean Pines.

A memorial service was held at the family’s home. Arrangements are in the care of Eastern Shore Cremation & Funeral Service, P.A., 504 Franklin Avenue, Berlin, Md. 21811. To send condolences to the family, please visit www.easternshorecremation.com.