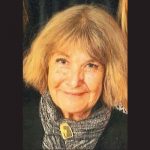 Born on Dec. 6, 1949 in Harrisburg, Pa. Ward was predeceased by her husband of 43years, Rodney L. Ward, who died April 21, 2019, and her parents, Doris Heisey Commings and Charles Frances Commings.

A published children’s book author (Cookie’s Week), Cindy was a kind soul with a huge heart. She was a lover of cats and all animals, proper usage of grammar, creative writing, poetry, the television show “Monk,” happy meals from McDonalds, beautiful hand-written notes, pizza dates with her husband, people watching on the Boardwalk and The Dispatch newspaper. Cindy passed away three months after her husband, Rodney, who died on Easter.

Cindy worked in The Dispatch’s art department for more than 35 years, including 30 years as art director. She was a dedicated staff member who never missed a week of work until her health ailments made it impossible for her. She was a loyal, detail-oriented and organized type who took great pride in her work at the newspaper. While shy by nature, Cindy impacted many people in the community with her caring and compassionate dedication to animals, especially her beloved cats.

Cindy is survived by her sister, Karen Commings, and her sister-in-law, Deb Shepler, both of Harrisburg, Pa.; her feral friends who she often put before herself; and a wonderful group of friends who were like family to her. The family would like to thank all her wonderful friends who cared for Cindy and Rodney during their extended illnesses.

FENWICK ISLAND — Ty A. Turner, 68, longtime resident of Lewisburg, Pa. and Fenwick Island, Del. before relocating with his wife to Washington, D.C. and Alexandria, Va., passed away unexpectedly Tuesday, July 2, 2019 at his home. 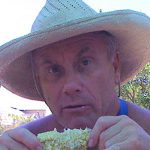 Ty A. Turner (Captain of Casual)

He was born Nov. 1, 1950 in Pennsylvania to James and Ruth. Ty’s Dad was mortally wounded in the senseless Korean War and died without ever meeting his beautiful boy. Ty grew up alongside his widowed mother as he perfected his gifts of carpentry, drawing, painting and design. He graduated from Lewisburg High School and Thaddeus Stevens College where he studied engineering and learned the principles of equality for all.

Ty always had a sense of humor and was the likely culprit (or suspected participant) in a number of underage beer runs and other dalliances in the Lewisburg area. But such were the youthful indiscretions of a gentleman whose concern for people was in his DNA. He would go the extra mile to help a senior with a home project or make someone feel included.

Ty was both a hunter and an environmentalist. He helped organize the Susquehanna River Waterfowlers Association to give sportsmen a voice in the Pennsylvania Game Commission’s setting of hunting limits and season dates. But the sportsmen would soon take the lead in the preservation and improvement of waterfowl habitats. Early in his career, Ty volunteered on the committees of Ducks Unlimited, a nonprofit dedicated to conservation of wetlands and upland habitats. “If humans were as good at parenting as Canada geese,” Ty once remarked, “it’d be a whole lot better world.”

As a consummate artisan and designer of duck decoys – and later, fishing gear – Ty made a name for himself on the East Coast. His black Labrador, Coot, inspired him to start his Coot Decoy Company in New Columbia, Pa., which got the attention of L.L. Bean. Ty was chosen to provide decoys for the company for the next several years. At L.L. Bean, everything had to be precise, and Ty hand-carved, painted and boxed every decoy.

According to Bill Lawton, a friend of more than 40 years, Ty possessed an extreme gift of being able to artistically blend oil paint colors.

“He was a master craftsman,” according to Roe “Ducman” Terry, a friend and decoy designer in Chincoteague, Va.

Ty’s God-given talent was deep. He was a master carver of decoys. In fact, that was the event that brought us together in the first place. When we were young adults, we purchased one of his magnificent decoys from an art show and then had the pleasure to meet him in person later that year as both of us were residents of the beach – Ty on South Carolina Avenue in Fenwick, us down the street on 120th Street in Ocean City. We instantly bonded together, as beach souls are apt to do, we shared our love for reggae music and uncrowded September beach walks; our souls were finely meshed with each other – Ty used to say “We are Beach Family.”

Ty, by all accounts, was the quintessential beach boy. He would walk the beach for hours, finding treasures in the simplicity of a certain seashell, a lonely piece of driftwood cast aside by the waves, or a mound of sea grass dried from the sun. Ty would take these unceremonious items and repurpose them as art — spectacular art that would leave the recipient speechless. For that is what he did with his art, he gave it away, and if you were lucky enough to receive one or more of his creations, your fortune was certain.

Ty had sovereignty about him, if he was engaged with you in telling a story, he commanded your undivided attention. This was not delivered in a dominant way, but in the manner of a great teacher. And, throughout the years of loving him, we learned many lessons from this great unassuming mentor. 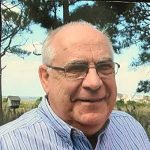 Born in Methuen, Mass., he was the son of the late Ira and Marguerite Brown. He is survived by his beloved wife, Frances; sons Thomas and Kevin; granddaughter, Ryan; brother Paul and wife Elaine of Massachusetts; and niece Diane.

Mr. Brown was a member of the Knights of Columbus, the Ancient Order of Hibernians, Boy Scouts of America and was a proud descendent of the Mayflower. He was an avid reader with a passion for stamp and coin collecting.

Mr. Brown served as Army intelligence and was the recipient of the National Defense Service Medal; Sharpshooter, Marksman and received the Good Conduct medal.

A memorial mass will be held on Friday, Sept. 20 at 11 a.m. at Saint Luke’s Catholic Church in Ocean City Maryland. Rev. John Lunness will officiate. Interment will be at a later date, private for the family. A donation in his memory may be made to St. Jude Children’s Research Hospital, 501 St. Jude Place, Memphis, Tenn. 38105.

Letters of condolence may be sent via www.burbagefuneralhome.com Arrangements are in the care of the Burbage Funeral Home in Berlin. 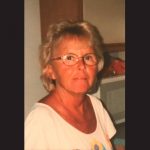 Jeannie is preceded in death by her parents, Lester and Beulah Shockey, and brother, Lester Shockey Jr.

She was a substitute teacher at Solley Elementary School in Anne Arundel County. She was also a school bus aid for handicap students in Anne Arundel County. She passed the Real Estate Test in 1992 where she subsequently worked as an agent for Long and Foster in the Pasadena office and received an award for selling over $1 million worth of real estate. Later she transferred to Champion Real Estate in Severna Park.

Jeannie and Bob retired together in 1997 and moved to Ocean Pines. Later they had a new home built in Pittsville on two acres where Bob currently resides.

Jeannie enjoyed traveling. Her favorite places were warm and sunny; Aruba, Virgin Islands, Hawaii, Puerto Vallarta, Cancun, Bahamas and Key West Florida. Jeannie and Bob purchased a motor home after retirement and traveled to 18 states, including a few of her favorite places; Grand Canyon, El Paso and Tombstone in Arizona.

She will be sorely missed by her loving family. Now she is in God’s hand. The family would like to thank the personnel at Health South, Coastal Hospice by the Lake and Stansell House of Coastal Hospice at Ocean Pines.