BERLIN — Despite a continued decline in available housing inventory, the Lower Eastern Shore saw an increase in home sales in August 2019, according to the latest numbers from the Coastal Association of REALTORS® (Coastal).

The average Cumulative Days on Market (CDOM) for August was 118, or 1.6 percent lower than the same time last year. Individually, CDOM increased by 55.2 percent in Worcester and by 24.3 percent in Wicomico, and decreased by 40 percent in Somerset.

“Historically low interest rates are really pulling buyers into the market, as we can see from August’s increase in sales,” said Coastal President Bernie Flax. “We will continue to struggle with inventory as this demand gets stronger and stronger.”

Coastal’s monthly local housing statistics are pulled from the Bright Multiple Listing Service, which represents the activity of over 1,000 local REALTORS® in Somerset, Wicomico, and Worcester counties, as well as 85,000 real estate professionals across the Mid-Atlantic. 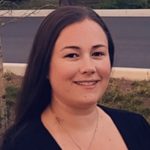 Brittany Carver is a new agent, who worked in the hospitality industry for the past 13 years. She prides herself on great customer service, consistent communication, strong attention to detail and ensuring positive and memorable experiences for all. Her dream has always been to serve her community in their real estate needs. She will be working out of the Berlin office.

Also joining the company is Mitchell David, an experienced real estate agent who is a highly motivated, hardworking, team player who will 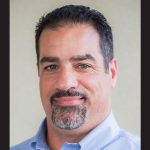 guide his client through their real estate transaction. He has been in the real estate industry since 2001 and his experiences include assisting clients in buying and selling real estate for the past 10 years, operating a property management company, project development and the co-owner of a licensed construction company. David will be working from the new 78th Street office.

BERLIN – In observance of National REALTOR® Safety Month, the Coastal Association of REALTORS® (Coastal) is distributing safety information to its members and encouraging them to practice an abundance of caution to reduce their risk of being targeted by predators.

Throughout the month, Coastal is sharing safety tips with its members via social media and weekly newsletters. These tips offer safety information on an assortment of topics, including open house safety, garage safety, cyber security, home security, and more. The tips are compiled by the National Association of REALTORS® (NAR) and are distributed in an easily shareable format.

“REALTORS® don’t always know the people they meet for showings, so it’s very important that they take precautions to protect themselves,” said Coastal President Bernie Flax. “It’s also important that our members share safety protocols with home buyers so they know what they may encounter when working with a REALTOR®. There are good reasons that an agent may ask for your driver’s license or tell you they’d prefer not to carpool to a listing. All these measures are put in place to protect the REALTOR® and the client.”

NAR has designated September as National REALTOR® Safety Month. NAR’s REALTOR® Safety Program was established more than a decade ago to empower and inform members of potential risks they face in their profession and how to navigate them safely. A wealth of safety information is available at www.realtor.org/safety.

However, the REALTOR® safety issue was pushed into the national spotlight in 2014 after Arkansas REALTOR® Beverly Carter was kidnapped and murdered while showing a home to a person whom she thought was a prospective client.

“And just last month, a man was arrested in Colorado after he posed as an interested buyer at an open house and, once he and the REALTOR® were upstairs in the master bedroom, he threatened her with a knife, rope, and bear spray,” Flax said. “The REALTOR® was able to escape, and she was lucky. This is scary stuff, and we don’t want anything to happen to our members as they continue to serve the people of the Lower Eastern Shore.