SNOW HILL — A Berlin man was convicted this week on two counts of second-degree rape on a child after an investigation into incidents over a two-year period and now awaits his fate pending the outcome of a pre-sentence investigation.

On Wednesday, a Worcester County Circuit Court judge found Keith Mariani, 61, of Berlin, guilty of two counts of second-degree rape for the sexual abuse of a child at his home over a two-year period beginning in 2017. Prior to trial, the Worcester County State’s Attorney’s Office filed notice the state would be seeking an increased maximum penalty of life in prison with a minimum mandatory sentence of 15 years without parole on each count. Sentencing was deferred by the court on Wednesday pending a pre-sentence investigation. 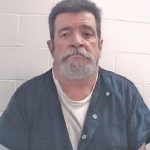 The charges stem from a complaint of child sexual abuse received by the Worcester County Sheriff’s Office in February. The Worcester County Child Advocacy Center, or Cricket Center, along with Child Protective Services began a joint investigation that revealed from 2017 through February 2019, Mariani had repeatedly sexually abused a child at his home in Berlin.

Investigators recovered photographs and videos of Mariani engaging in the sexual abuse of the minor after a search warrant was executed on his three cell phones. According to a release, Mariani’s cell phones also contained vast quantities of child pornography involving unidentified victims.

The mission of the Cricket Center is to create a community response in which abusers are held accountable and children and families experience hope and healing. The multi-disciplinary team is made up of law enforcement officers, child protective service personnel, prosecutors, lawyers, advocates, mental health therapists and medical personnel. Those who wish to learn more, or to report suspected child abuse, are urged to contact 410-641-0097.