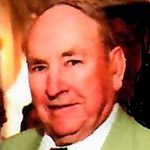 Born in Baltimore, he was the son of the late Louis Sauer and Bernadette McGonigal Sauer. He is survived by his children, Regina M. Cusson and her husband John, John J. Sauer, Jr. and his wife Debbie, Mary Rose Hueg and her husband Donnie, Joan M. Campbell and Jeffrey M. Sauer and his wife Sharon. He was an adored grandfather to Jonathan, Benjamin, Christopher, Kate, Eric, Billy, Christina, Nathan and Ryan and six great-grandchildren. Also surviving are numerous nieces and nephews and a host of friends. Preceding him in death was his wife, Joan Couzens Sauer, and his brother, Louis Sauer.

Mr. Sauer was a decorated World War II veteran who participated in the D day invasion of Normandy and was wounded at Omaha Beach. General Eisenhower personally awarded to him the Purple Heart. He helped liberate the prison camp at Nuremberg, Germany. In addition to the Purple Heart, he received the Bronze Star for Heroism, the French Legion of Honor Medal and other medals and awards. Following his military service, he was a firefighter in Baltimore City for over 30 years.

He retired and moved to Ocean City where he was an usher and active member of Holy Savior Parish. He served in a volunteer capacity for many organizations. He was an active member of American Legion Post 166 for 30 years. He served as the American Legion Color Guard Captain for 18 years, was designated as Color Guard Captain Emeritus and was inducted into the Color Guard Hall of Fame. He was elected Commander of the Purple Heart Society in both Maryland and in Delaware. He served as a member of the Disabled American Veterans organization and was an officer of the VFW Post 8296.

Other volunteer activities included serving as president of the Ocean City AARP organization, as an active member of the Knights of Columbus, 4th degree and the Hibernian Society. He raised funds for building Atlantic General Hospital, where he served as a volunteer for many years, and for the Ocean City flag monument in Northside Park. He organized feeding the needy by enlisting the aid of local grocery stores and many volunteers.

He was fortunate to reside at Catered Living, Ocean Pines in his final years where the devoted staff developed great affection for him.

A Mass of Christian Burial was held on Wednesday, Aug. 28 at 11 a.m. at Holy Savior Catholic Church in Ocean City. Father William Mathesius officiated. Interment will be at a later date, private for the family. A reception for friends and family was held immediately after the service at Holy Savior.

A donation in his memory may be made to St Mary’s Star of the Sea Restoration fund or the John J. and Joan Couzens Sauer Endowed Nursing Fellowship Fund at the UConn Foundation, 2390 Alumni Dr., Unit 3206, Storrs, Conn. 06269-3206.

Letters of condolence may be sent via www.burbagefuneralhome.com Arrangements are in the care of the Burbage Funeral Home in Berlin.

Millie was born in Bethesda, Md. on June 1, 1932, daughter of the late Joseph and Pearl (Caton) Edwards. She was preceded in death by seven siblings, Ernest, Josephine, Mary, Joseph “Sonny”, Audrey, Dorothy and Charles. 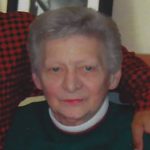 Millie went on to raise her family in Gaithersburg, Md. where she worked as a waitress at the Washingtonian Country Club as well as a town clerk at City Hall for 10 years. In 1975, she moved to Ocean City with her longtime love Jack Yoggerst.

Millie was a consummate hard worker. She worked at the Maryland Coast Dispatch for 14 years while always maintaining a waitressing job at various restaurants in Ocean City. She would continue joyfully waitressing well into her retirement. Millie was a veracious reader who loved challenging crossword puzzles and bargain shopping. She will be greatly missed.

Memorial services will be private.