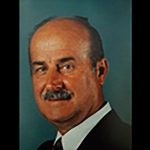 He was the son of the Late Andrew and Julia (Saroka) Pawlukiewicz. He is survived by his wife, Frieda Pawlukewicz; his children, Justine “Dolly” Pawlukewicz and Michael Pawlukewicz; grandchildren Frank Crespo, Jennifer Crespo and Zoey Jane Crespo; Goddaughter Andrea; nieces Bernadette, Cheryl and Lisa; as well as several nephews and a host of family and friends. He was predeceased by his daughter, Jane Crespo; his three brothers, Anthony Paulukiewicz, Andrew Paul and Stanley Pawkawitz; and two sisters, Julia Padner and Isabel Ciuba.

Herbie was a member of The Polish Club, AARP, Caine Woods Association, St. Luke’s Parish, VFW #663 and a citizen advocate for the cities of Ocean City and Perth Amboy, N.J. where he resided for many years. He advocated for the old OC Boardwalk benches to be recycled throughout the city. The best is the one at the end of his OC street, Twin Tree Road, where people come to watch the sunset at “Herbie’s Benches.” He enjoyed gardening, fishing, crabbing, boating, cruising and traveling. In his younger years, he had a row-boat rental business. He loved baseball and worked as a bat boy for the Newark Bears. He served in the US Army, stationed in Germany, and worked for Smith’s Transfer Corporation for 38 years, Teamsters Local 560. He and his family had been coming to Ocean City since the late 1960’s and eventually Herb retired here, over 20 years ago, with his wife Frieda. Everyone will remember him for his sociability, friendship, great sense of humor and willingness to help others.

Services were held. In lieu of flowers, please consider a memorial to his favorite charity, St. Judes Children’s Research Hospital, www.stjude.org. Arrangements are in the care of the Burbage Funeral Home in Berlin. Letters of condolence may be sent via www.burbagefuneralhome.com 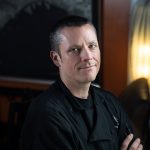 Born and raised in Arlington, Va., he was the son of Gary J. and Cheryl Smathers Wright of Arlington, Va. He is survived by his wife, Jody Kelly Wright, and sister, Carly Jill Wright of Alexandria, Va.

Travis was a graduate of the College of Charleston, S.C., where he lived for eight years and developed his passion for culinary arts. He was the Executive Chef of the Shark on the Harbor, which he owned and operated with his wife, Jody, for the past 19 years. He was proudly voted Chef of the Year for the Restaurant Association of Maryland. His passion for the industry and for his team will forever be remembered throughout the community.

He was an avid Washington Sports fan, and followed the Nationals, Wizards, Redskins and Capitals. When he wasn’t working, he enjoyed traveling, riding bicycles, attending sporting events and seeing live music. He loved animals and especially enjoyed time with their dogs, Belle and Luna.

A Celebration of Life is planned for Wednesday, Sept. 4, at The Shark on the Harbor at 4 p.m. A donation in his memory may be made to Jesse Klump Suicide Awareness and Prevention Program, 10737 Piney Island Dr. Bishopville, Md. 21813, or the Worcester County Humane Society, P.O. Box 48, Berlin, Md. 21811. Letters of condolence may be sent via: www.burbagefuneralhome.com. Arrangements are in the care of the Burbage Funeral Home in Berlin.

SNOW HILL — Kathleen Gail Beebe (Kathy), 58, of Snow Hill, made her transition into eternal rest on Tuesday, Aug. 14, 2019 after a very courageous and lengthy battle with leukemia. 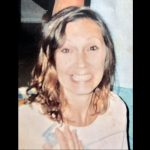 Born on Oct. 9, 1960 in Baltimore City, she was the daughter of Joan and Edward Ilgenfritz of Hydes.

Kathy enjoyed swimming, gardening and a good book. She loved her dogs dearly and took care of helpless animals. She had a long career as a bartender in which she made countless friends, most recently at 28th Street Pit and Pub. Kathy will be remembered for her kindness caring heart, humor and always putting others first.

Kathy was preceded in death by her beloved husband, Kevin Beebe.

Kathy’s family would like to express their appreciation for the support that surrounded her during her illness by the 28th Street Pit and Pub and her many friends and family members.

A memorial service will be held at a later date. In lieu of flowers, expressions of sympathy may be made in Kathy’s honor to Kenille’s Kubbard and Pet Pantry, P.O. Box 598, Ocean City, Md. 21842.

Arrangements are in the care of Holloway Funeral Home, P.A. in Salisbury. To send condolences to the family, please visit www.hollowayfh.com.

Born in Baltimore, she was the daughter of Leo and Mary Massey Gniazdowski. She was preceded in death by her husband, Richard Lee Poist, in 2015. She is survived by her sons, Richard Daniel Poist and his wife Carol of Marriottsville, Md., Christopher Lee Poist and his wife Anna of Ocean City and Vince Andrew Poist of Catonsville. There are two grandchildren, Richard Poist and Nikolay Poist. Also surviving is her brother, Edward Gniazdowski and his wife Rose of Forest Hill; sister-in-law Ellen Gniazdowski of Long Neck, Del.; and several nieces and nephews. She was preceded in death by her brother, William Gniazdowski, and her sister, Arnette Vanick.

Mrs. Poist, a graduate of Eastern High School in Baltimore, had worked as an office worker for Semmes, Bowen, & Semmes for many years. After retiring to Ocean Pines, she enjoyed reading and gardening.

Mrs. Poist will be laid to rest with a small family ceremony on August 26th at 1 p.m. at Woodlawn Memorial Park in Easton. Arrangements are in the care of the Burbage Funeral Home in Berlin.