OCEAN CITY – After 30 years, an iconic downtown bar continues to bring good times and great food and drinks to locals and visitors alike.

Since opening in 1989, Pickles Pub has developed a reputation as the local place for drinks, food, entertainment and sports in Ocean City.

Today, Pickles Pub is owned and operated by Justin and Brittney Acita, who purchased the 8th Street bar from previous owner Danny Robinson in 2015.

“I was working here as the general manager and Danny had started Hoop Tea …,” Justin said. “He said running the two businesses was too much and asked if we wanted to buy it off of him. That’s how we came into it.”

The Acitas are no strangers to the industry. Both said they worked their way through the ranks of the bar and restaurant business before taking ownership of Pickles Pub.

“We’ve worked in restaurants our whole lives,” he said, “pretty much every single position you could think of.”

Since 2015, the Acitas have made several improvements to Pickles Pub and its neighboring liquor store. They also redid the food and drink menus.

“I would say more than 90% of our food is made in-house,” Justin said.

“We have one of the biggest draft beer selections in town,” she said.

“Well get a lot of special releases from breweries that other people in town don’t get,” he said. “That’s what separates us.”

Pickles Pub is also home to The Original Pickle Shot, a secret pub recipe. Last year, the owners decided to bottle and sell it. 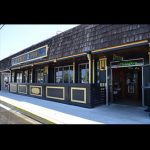 Pickles Pub is also home to The Original Pickle Shot, which is currently available in Maryland and Delaware with a larger distribution planned.

“People have always asked to buy it and Brittney’s idea was to bottle it, so I started looking into it last April,” Justin said. “Our first batch came out on August 23 and since then we’ve sold 10,000 bottles.”

Justin said The Original Pickle Shot is now available in stores throughout Maryland and Delaware. But he said they have no intention of stopping there.

“We are going to keep expanding state to state and see what we can do,” he said.

Despite its growth in recent years, the Acitas said Pickles Pub remains a neighborhood bar. They said both locals and visitors feel at home when they visit.

“Our staff has been a big part of this too …,” Brittney said. “Pretty much everyone that has come here to work has been a friend or has become a friend. We are like a small family.”

The proprietors said part of the pub’s mission is to support local charities and initiatives.

Justin said Pickles Pub was one of the first three Ocean City businesses to participate in the Surfrider Foundation’s Ocean Friendly Restaurant campaign. The establishment also sponsors lifeguard competitions and lacrosse tournaments and participates in events to raise money for nonprofits.

“We give back to a lot of local charities,” he said.

“Every time they have a full house they send a family down here and they can come in for lunch or dinner and 100% of it is on us,” she added.

Pickles Pub also features live entertainment five nights a week throughout the summer and four nights a week in the off-season. In addition, the establishment features a pool league every winter.

“Last year we had the best winter in history,” Justin said. “It’s nice to see people coming back year-round.”

To celebrate 30 years of operation, Pickles Pub will host a 30th birthday party in October. The celebration will be based on a Believe in Tomorrow charity event and will include notable guest bartenders.

“We are going to bring in a bunch of bartenders from all over town that used to bartend at Pickles,” Justin said. “We’ve already talked to at least 20 that are going to do it.”