HEBRON — Robert Charles Nefferdorf Jr, 68, of Hebron, peacefully went home to be with the Lord on June 28, 2019, surrounded by loving family and friends at Coastal Hospice At The Lake in Salisbury.

Born in Baltimore, on March 17, 1951, he was the son of the late Robert Charles Nefferdorf Sr, and Myrtle Helen King. 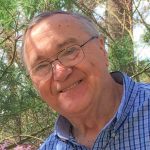 Robert (Bob) was a devoted son, brother, uncle, husband, dad and pop-pop who truly loved spending time with his family and leaves them a “legacy of love and faith.” He had a great sense of humor often telling corny jokes and was a “giver” in every sense of the word of his time, talents, and resources. He loved telling his sweet granddaughters the story of Goldilocks and the Three Bears, playing hide and seek and going on adventures together. Quality time with his daughter, Heather, included trips to the jellyfish store, fishing trips off the Ocean City bridge, enjoying lots of coffee together, surprising her with shopping trips, and going on spontaneous drives. Special moments with daughter April included eating chips and dip, playing games and laughing, cooking meals together, helping her fix things around the house, and hunting for her perfect Christmas tree each year.

In his early years, Robert became a successful master plumber. He later began a life of faith after being led to “put down his pipe wrenches and pick up his Cross to follow Him” faithfully serving God for 30 years as an ordained minister and chaplain and a prophet to the Nations. In that role, he traveled around the world living the Gospel, sharing the love of Jesus, going on mission trips, speaking prophetically to many people and helping souls find their new beginning with God. He discipled many “sons and daughters” in the word of God through the years and loved teaching how to live in the Kingdom of God. Often, he could be heard asking someone, “Has anyone told you they love you today?”

He also loved spending time in the outdoors, planting gardens and giving the food away, teaching people how to catch rockfish off the Route 50 Bridge in Ocean City and hunting with friends in Maryland and Kentucky.

A Celebration of Life will be held on Saturday, Aug. 24, 2019, at 2:30 p.m. at The Uprising at St. Paul’s Church in Hebron. Officiating will be Pastor Martin Hutchison. In lieu of flowers, donations may be made to the Bob Nefferdorf Memorial Fund at: https://www.givesendgo.com/BobNefferdorf, or to Coastal Hospice At The Lake. 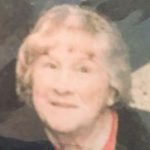 Mrs. Stetter had worked as a secretary on the 67th floor of the Empire State Building for many years, then in New Jersey as a medical secretary. After retiring to Ocean Pines, she was active in the Kiwanis volunteering in the thrift shop, a member of St. John Neumann Catholic Church where she lit the candles in the morning, and an avid golfer.

The family would like to thank Hilda’s wonderful caregivers, Laura Berges, Bonnie Reese and Annie Ayres, who became like family to her, and whom she loved like her own children.

A mass of Christian Burial was held on Monday, Aug. 5 at St. John Neumann Catholic Church near Ocean Pines. Rev. Joseph MPR Coccuci officiated. Interment will be in the Maryland Eastern Shore Veterans Cemetery in Hurlock at a later date. In lieu of flowers, a donation may be made to Coastal Hospice, P.O. Box 1733, Salisbury, Md. 21804. Letters of condolence may be sent via www.burbagefuneralhome.com. Arrangements are in the care of the Burbage Funeral Home in Berlin. 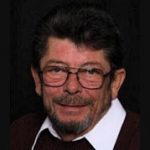 Born in Crisfield, he was the son of Howard Cullen and Frances Sterling Cullen. He is survived by his wife, Eve Koufopoulos Cullen; daughters, Samantha Mattie and husband John of Kansas, Heidi Crane and husband Israel of Oregon; brother Christopher Cullen of Maryland; and several nieces and nephews. He leaves his beloved dogs, Koko and Keekee.

Ronnie had served 22 years in the United States Army where he received the Bronze Star and Purple Heart. After graduating from college, he taught at the Vo-Tech school in Worcester County for 35 years, as well as serving on the Board of Directors for VICA/Skills USA organization where his students actively competed locally and nationally in their individual trades. He enjoyed golfing, NASCAR, crabbing and was an avid Ravens fan. 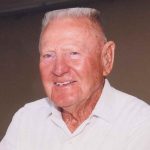 Born on June 27, 1922, in Baltimore, he was the son of the late August and Eleanora M. Schulz Seibel. He was the loving husband of the late Doris Day Seibel.

Van was the founder and owner of The Grinding Company of America for 65 years. A proud veteran of the United States Marines, he served his country during World War II. Van was a longstanding member of the Rolling Road Golf Club and the Ocean City Golf and Yacht Club, where he was senior club champion for several years.

He was predeceased by a sister, Eleanor Smythe.

In lieu of flowers, donations in his memory may be made to St. Jude Children’s Research Hospital, 501 St. Jude Place, Memphis, Tenn. 38105.

Online condolences may be offered at www.eckhardtfuneralchapel.com