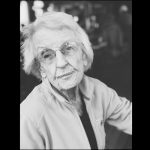 Born in Chicopee Falls, Mass. in 1927, Kathleen lived her life to the fullest embracing opportunities to share her opinions, spunkiness and humor until the very end. Shortly after World War II, Kathleen married Bill Harman whose family built the first area motel, the Alamo. It was here that Kathleen fell in love again, this time with lodging industry. While her husband worked as a plumbing contractor, Kathleen operated the Miami Court while raising her sons. In 1958, the Harmans bought a half-block on 23rd Street and the ocean and built the Ocean Mecca Motel. Eager to foster tourism, Kathleen frequently gathered other business owners to discuss issues and advocate for their rights and in 1960 they formed the Ocean City Hotel-Motel Restaurant Association (OCHMRA). It was later officially reorganized and she became the first president of the OCHMRA in 1971. She also served as president of the Greater Ocean City Chamber of Commerce in 1973. She was the second recipient of the OCHMRA’s Paul Hazard Award in 1976, in honor of her dedication to hospitality. In 1996, Kathleen was one of the six female pioneers of the industry that OCHMRA named as “Steel Magnolias.” In 2017, Ocean City Mayor Rick Meehan declared June 30 as Kathleen Harman Day. Additionally, she was an early member of the Junior Board at Peninsula Regional Medical Center, on the original board of the Ocean City Paramedic Foundation and an original member of ECHO, which eventually led to Atlantic General Hospital’s construction.

Kathleen was preceded in death by her husband, Bill, and her son, Steve Harman, who started the Poor Girls Open as a way for waitresses to have a fun and affordable competition and to raise money for a worthy cause. She is survived by son, Stacy Harman and wife Enie; son, Shawn Harman and wife Donna; and grandchildren Zach, Devon, Jesse, Jennifer, Joslyn, and Taylor.

Services were held at Holy Savior and interment followed at Sunset Memorial Park. Arrangements are in the care of the Burbage Funeral Home in Berlin. Letters of condolence may be sent to the family at www.burbagefuneralhome.com.

BERLIN — Stella Glendene “Glen” Phillips, age 75, passed peacefully surrounded by her family after a short battle with cancer to be with her Lord. 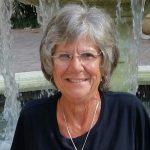 Born in Meherrin, Va., she was the daughter of Phil Edwards and Bertha Waddell. She is survived by her husband of 43 years, George Phillips; sons, Kenny, Bart and Brett; daughters, Ronda and Linda; brother, George Edwards; grandchildren, Shannon, Joshua, Dustin, Zachary, Travis, Brandon, Jessie, Kamron, Kourtney, Hunter and Tyler; great grandchildren, Aston, Giuliana, Cadon and Milania; and several nieces and nephews. She was preceded in death by sons Mark and George and sister Priscilla Sommers.

A funeral service will be held at Burbage Funeral Home in Berlin on Sunday, Aug. 4, 2019 at 2 p.m. Visitation will be held from noon-2 p.m. prior to the service. Arrangements are in the care of the Burbage Funeral Home in Berlin. Letters of condolence may be sent to the family at www.burbagefuneralhome.com. In lieu of flowers please make a donation in her memory to Coastal Hospice at the Lake at PO Box 1733, Salisbury, Md. 21801.