BERLIN — Barbara Lynn Howe went home to the Lord on July 15, 2019. With her family by her side, she lost her long brave battle with lung disease at her home in Maryland. 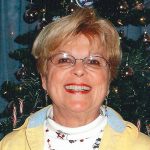 Born to Gertrude and Earle Geyer on Jan. 8, 1942 in Darby, Pa., Barbara graduated from Haverford High School in 1960.

She worked for Wyeth Labs as an Advertising Business from 1991 until retirement in 2004.

Barbara retired to the Eastern Shore of Maryland in 2004. She loved traveling and loved going to Assateague Island. She has been to Alaska three times and to California, Canada, the Caribbean, New England, New York, Oregon, the Panama Canal, Tennessee, Florida and Hawaii. She also enjoyed photography and making many yearly calendars and picture books with her pictures, Bible studies, Backgammon, Skip-Bo, Texas Hold-em and Cribbage.

Barbara started her own visitation Ministry in Berlin, visiting homebound church members on a weekly basis. She started and coordinated an email prayer ministry, which she recently had to stop due to her illness. Barbara organized and ran numerous bus trips to Sight and Sound in Lancaster, Pa. and Women of Faith in various locations. Barbara also started and organized “The No Hat Ladies,” a lunch club that met twice a month. She cherished her family and friends who she loved spending time with.

OCEAN CITY — Curtis Love Dodson, 85, of Port Charlotte, Fla., passed away Sunday morning at The Laurels in Hazleton, where he had been a resident for the last month. 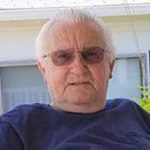 Born in Winchester, Va., March 21, 1934, he was the son of the late Luther and Matilda (Nickelson) Dodson. Prior to residing at The Laurels he resided in both Port Charlotte, Fla. and Ocean City for the last 20 years. Prior to that, he resided in Orange, Texas.

Curtis was a longtime member of the Moose Lodge, Elks and Eagles Clubs. He loved fishing and was passionate at pitching horseshoes.

Curtis was a retired Union Electrician for IBEW Local #26, Washington DC. He was a US Navy veteran of the Korean War, having served from 1951 to 1959.

He was preceded in death, in addition to his parents, by a son, Keith Allen Dodson, who passed away April 21, 2008; four brothers, Earl, Bobby, Lloyd, and Herman; and two sisters, Edna Owens and Anna Grubbs.

A graveside service will be held at a future date in Arlington National Cemetery.
Memorial donations may be made to American Cancer Society at www.cancer.org. Online condolences can be entered and more information is available at www.harmanfuneral.com 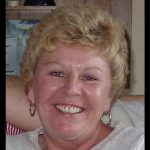 Lela, known affectionately as “Cookie” by her family and friends, was born in Baltimore and was the daughter of Michael and Catherine Albert.

Prior to starting a family, Cookie was a hairdresser in Baltimore. She moved to the Eastern Shore after having children, and was a real estate agent in Ocean City, held multiple positions in banking and retired as a telephone operator from Bell Atlantic. Cookie loved her dogs and had adopted several from the SPCA. She loved to cook and spent hours in her garden.

She is survived by three children, James W. Daehnke, Jr. of Fort Lauderdale, Fla. and his children Jimmy and Jordyn, Charles M. Daehnke (Amy) of Salisbury and their children Sarah, Charles, William and Jonathan Shifflett, and Jennifer A. Gunson (John) of Pottstown, Pa., and their children, Molly and Brady. She also has one great grandson, Alvin.

In addition to her parents, Cookie was also preceded in death by her loving husband, James Daehnke; her brother, Michael Albert; her mother-in-law Rita Daehnke; and father-in-law, William Daehnke.

The family will have a private service at Sunset Memorial Park.

OCEAN CITY — Frances Clifford Cropper Roberts, age 85, born April 10, 1934, in Ocean City to the late Clifford Potts Cropper and Henrietta Pennewell Adams Cropper, died at home on July 22, 2019, surrounded by her children, grandchildren and great grandchildren. She was the youngest of eight daughters. 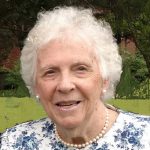 Fran lived a very full life, loving her Lord, family and friends. Growing up in Ocean City four doors from the beach, she was an active member of her community, including First Presbyterian Church of Ocean City where she met Thomas Janney Roberts, a 2nd Lieutenant stationed at Bethany Beach, Del., U.S. Army anti-aircraft target range. They become steadfast friends that turned into 61 years of marriage. Prior to their marriage, she attended Washington Bible College where she earned a three-year Child Evangelism diploma, while Thomas Roberts was attending UVA medical school. After their marriage, they made their home together in the states of Virginia, Texas, Maryland and North Carolina and also in the country of Afghanistan. Their last home together was in Charlotte, N.C., where they both were active members of Christ Covenant Church, Matthews, N.C.

The funeral to celebrate her life will be held at 11 a.m. on Saturday, July 27 at Christ Covenant Church, Matthews, N.C. with Rev. Bruce Creswell officiating. Her burial will follow at Matthews Historic Cemetery. The family will have a reception following at the church’s Community Life Center.

In lieu of flowers, donations may be made to “The Masters’ Mission,” PO Box 547, Robbinsville, N.C. 28771. Please note on memo line “Children’s Haven Building Fund.”

Arrangements are in care of Heritage Funeral Home, Indian Trail Chapel. Online condolences may be left at www.heritagecares.com