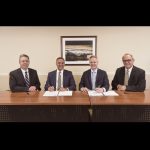 to affiliate has been reached. Pending final state and federal regulatory approval, which is anticipated in November, Nanticoke Health Services will join the Peninsula Regional Health System.

“In order for Nanticoke to further its mission to provide the best care possible for our community, it became imperative we find a strong, compatible healthcare partner. Peninsula Regional has always been a supportive ally and great neighbor, sharing a similar mission and culture,” said Steve Rose, President/CEO of Nanticoke Health Services. “Together we will continue and grow the legacy of high quality healthcare for our community.”

Approximately two years ago, Nanticoke began looking for a partner to help preserve and build upon the services it provides in Sussex County. A few months ago, Nanticoke signed a letter of intent to affiliate with PRHS. Now secure with the signing of the definitive agreement, that transition will follow a structured plan.

The next step is a public review process required through the State of Delaware. At the conclusion of the regulatory process, expected to be complete later this year, the affiliation would become final and the two organizations will begin the work of transitioning to one healthcare team.

No immediate changes in staffing or the delivery of healthcare at either system are anticipated once the affiliation happens. Nanticoke will continue to provide services in Sussex County and parts of Maryland’s Mid-Shore. Peninsula Regional Health System, with a decades-long presence in Sussex County, will help to strengthen and enhance Nanticoke’s efforts through integrated care, expanding services where needed and making more readily accessible the Delmarva Peninsula’s most advanced tertiary care services.

“Peninsula Regional Health System is honored to have this opportunity to bring the Nanticoke team together with ours to form an unparalleled partnership of healthcare excellence. Our missions are nearly identical, and each of us has an unwavering commitment to enhancing high-quality health and wellness through best practices across the Delmarva Peninsula,” said Steve Leonard, President/CEO of Peninsula Regional Health System.

McCready Health of Crisfield, MD, recently signed a definitive agreement to also join PRHS. That process is undergoing a similar regulatory review and expected to be finalized in late 2019.

The Peninsula Regional Health System Board of Directors, working closely with their counterparts at Nanticoke Health Services, will oversee the transition Leonard will remain President/CEO of the new health system and be responsible for executive leadership, including the Nanticoke additions. 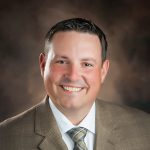 surrounding area. Smith joined the medical staff of Atlantic General Health System from western Pennsylvania, where he maintained a private practice for eight years and served as Chief of Surgery at Washington Hospital.

Smith was raised in Waynesburg, Pennsylvania and has spent the majority of his career in the keystone state, but he has Eastern Shore roots. His grandparents grew up in Salisbury.

SALISBURY — The Coastal Hospice Thrift Store in Berlin has welcomed a new manager to oversee the staff, volunteers and the retail process from donations to customer purchase.

Robert Stewart brings nearly 20 years of retail and sales experience to the Coastal Hospice Thrift Store and has an in-depth knowledge of retail from a boutique perspective as well as a thrift store perspective.

Stewart worked for 10 years as a Business Development / Marketing Representative for companies such as Staples and Xerox, and then transitioned into the non-profit industry, with positions at Blind Industries and Lower Shore Enterprises. His direct retail experience comes from four years spent at Macy’s and Goodwill.

“We are excited to have Robert managing the Thrift Store,” said Bob Miller, Senior Director of Business Development. “He is a people person with a terrific ability to connect with the community, volunteers and employees. We also have an appreciation for his experience in sales and retail. Robert is a great addition to the Coastal Hospice Thrift Store staff.”

The proceeds from the Coastal Hospice Thrift Store help those in need of long term care at Stansell House, the new residential care facility in Ocean Pines.

REHOBOTH BEACH — Scott Kammerer, president of SoDel Concepts, recently announced that Chris Sockriter has been promoted to the position of director of asset management. 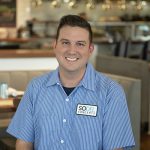 “With 11 — and soon to be 12 — restaurants, we need to make sure all of our systems are in tiptop shape at all times,” Kammerer said. “Since our company is in a high growth mode, we also need someone who can offer an expert opinion during construction and renovations.”

Sockriter, a graduate of Cape Henlopen High School, studied HVAC-R at Delaware Technical Community College. He has worked for Atlantic Refrigeration and Charles A. Klein and Sons. Before coming to SoDel Concepts, he owned his own company, CS Services.

“SoDel Concepts gives me the chance to lead a hard-working department in a growing company,” Sockriter said. “When I studied HVAC in college, I never dreamed that I’d be part of such a large restaurant group with so many moving parts. It’s exciting.”

Sockriter said his father taught him to be reliable, steady and a hard worker, while his former boss at Atlantic Refrigeration showed him the importance of preparation, accountability and taking pride in one’s work.

“Already, Chris has taken our asset management department to new heights,” Kammerer said. “His passion for the industry and his work ethic has helped us streamline our maintenance department and ensure all our machinery is working properly.”