BERLIN — A Berlin teen charged with first-degree murder in May after an apparent altercation with another teen will be tried as an adult and the state will seek a sentence of life without parole.

Around 6:15 p.m. on May 21, Berlin Police responded to a wooded area behind an apartment complex near Route 113 for a reported altercation that had occurred. Berlin Police responded to the area after a suspect identified as Vershawn Hudson-Crawford, 16, of Berlin, walked to the department’s headquarters with his mother and grandmother to report he had been involved in a fight. 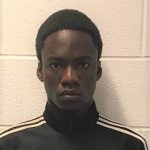 During the course of the conversation, investigators learned the location of the victim, later identified as Dehaven Nichols, 17, of Berlin, in the wooded area. Berlin Police responded and found Nichols unresponsive in the wooded area. He was pronounced deceased at the scene by Berlin EMS.

The preliminary investigation determined to two boys had been involved in a fight. Maryland State Police (MSP) Homicide Unit investigators responded and took over the investigation. Based on the evidence, Hudson-Crawford has been charged with first- and second-degree murder along with other assault charges.

Hudson-Crawford has been held without bond since the incident in May. On May 29, he entered a plea of not guilty and a trial has been set for September 10. On June 19, Hudson-Crawford’s defense attorney filed a motion to have the case moved to juvenile court. However, that motion was denied.

Last week, the Worcester County State’s Attorney’s Office filed a notice to seek a sentence of life without the possibility of parole in the case. A motions hearing has been set for Aug. 7.