WEST OCEAN CITY – The owners of a successful Delaware nail salon are bringing exceptional quality and affordable service to residents and visitors in West Ocean City.

Tim Ho, who owns and operates the salon with his wife, Holly Luu, said they opened the West Ocean City salon five months ago.

“We decided to come down here and open another salon,” he said. “So far, business has been good.”

More than 20 years ago, the owners opened their first nail salon in Millville, Del., followed by a second location in Fenwick.

Like its other locations, Ho said Venus 2 features state-of-the-art sanitation equipment, brand name products and the latest in nail treatments in a welcoming environment.

“It’s a friendly atmosphere,” he said. “And I think we do a great job.” 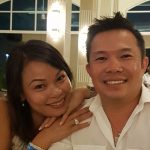 Customer Robin Odierno said she has been coming to Venus 2 since it opened in February.

“I came here because my manicurist stopped doing nails and I wasn’t happy with other salons I had tried,” she said. “When I met Tim, I said this is where I want to be.”

Odierno highlighted the cleanliness at Venus 2. The salon uses brand new nail files, buffers and pumice stones for every client and disposable liners in every pedicure bowl.

Ho said all metal instruments are pre-cleaned and then sterilized in a hospital-grade autoclave, which subjects the tools to high pressure and saturated steam at 249 degrees.

He added that Venus 2 is also one of the first salons on the Eastern Shore of Maryland to implement the Salon Safe ventilation system, which captures harmful chemical vapors and brings in fresh, clean air.

“It is a nice, clean and sanitized salon,” he said.

For more information, call 410-390-5383 or visit www.venusnailsoceancity.com or the salon’s Facebook page.

Appointments and walk-ins are welcome.