OCEAN CITY — A Northeast, Md. man allegedly collided with two other vehicles resulting in five victims being sent to the hospital before fleeing the scene in his damaged vehicle and then on foot.

Around 11:45 p.m. on Monday, Ocean City Police Department (OCPD) officers were dispatched to the area of 50th Street and Coastal Highway for a reported hit-and-run collision involving three vehicles. Ocean City Communications advised the responding officers a black Chevy Silverado struck and damaged a minivan and another sedan and failed to stop and continued driving northbound on Coastal Highway.

A witness reportedly followed the truck, later determined to be driven by John Hutzel, 35, of Northeast, Md., until it made a left turn onto 59th Street. Ocean City Communications told responding officers Hutzel had abandoned the vehicle, fled on foot and was last seen in the area of 62nd Street.

OCPD officers interviewed the witness, who told police Hutzel attempted to drive between the two vehicles, which were in their appropriate lanes, and struck and damaged both. Five individuals in the minivan had to be taken to the hospital for treatment of injuries sustained in the collision although the extent of their injuries is not known. 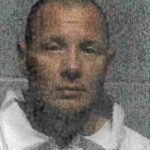 The witness told police he observed Hutzel drive through three red traffic signals at 52nd Street, 56th Street and 59th Street as he fled the scene. The witness said debris was falling from Hutzel’s damaged truck as he fled the scene of the collision. According to police reports, Hutzel’s headlight assembly became dislodged from the vehicle and was still sitting in the roadway. In addition, the vehicle’s tie-rod completely separated from the wheel hub assembly.

Nonetheless, Hutzel reportedly drove the damaged truck to a dead-end at 59th Street and was last seen by the witness fleeing on foot in the direction of 62nd Street. OCPD officers responded to the 62nd Street area and found Hutzel hiding behind a trash can, according to police reports. The officers announced themselves as police, but Hutzel reportedly fled on foot again. He was apprehended after a brief foot chase between condo buildings toward the beach in the area of 63rd Street.

According to police reports, Hutzel exhibited signs of intoxication and refused to cooperate or perform any field sobriety tests. He also reportedly mocked police during the investigation and arrest process. Hutzel was charged with 45 total counts from driving while intoxicated to fleeing and eluding police to leaving the scene of an accident involving bodily injury along with numerous other traffic violations.