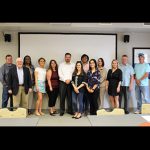 BERLIN – Low inventory continues to be a challenge for local REALTORS®, but continued low mortgage interest rates may be boosting real estate activity on the Lower Eastern Shore, according to the latest numbers from the Coastal Association of REALTORS® (Coastal). 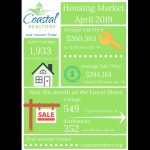 A recap of monthly real estate data for April is pictured.

New listings that went on the market in April were up 8.5 percent compared to the same time last year in all three counties. That translates to 549 new listings. Individually, new available units were up by 43.8 percent in Somerset and by 13.4 percent in Worcester, and were down by 8.1 percent in Wicomico.

List prices reach an average of $260,363 in all three counties, which is 11.8 percent higher than the same time last year.

“The demand to buy in our area is definitely there, but we are still struggling with limited inventory,” said Coastal President Bernie Flax. “With mortgage interest rates continuing to decline, we expect to have a very busy summer. We’ll also likely see a lot of refinance activity as people look to lock in the lower rates.”

BERLIN – Taylor Bank has announced that Hanna Ford has been promoted to operations supervisor of the 20th Street branch located in Ocean City. 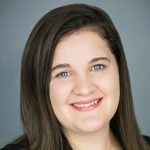 Ford, a native of Worcester County, began her career at Taylor Bank as a customer service associate in 2013. She has also served as an associate trainer, senior customer service associate and management trainee. In her new role, she is responsible for assisting with training and development of branch staff and managing the overall operations of the branch. Ford is a participant in the bank’s professional development program and the Emerging Leaders Champion Program through the Maryland Bankers Association.

“We take great pride in promoting our talented associates who have demonstrated excellent leadership and commitment to Taylor Bank and our community,” said President/CEO Raymond M. Thompson. “Throughout Hanna’s years with Taylor Bank, she has consistently demonstrated her dedication to quality, excellent leadership skills, and commitment to providing outstanding customer service. We congratulate her on her well-deserved promotion, and thank her for her hard work and dedication to her career at Taylor Bank.”

BERLIN — The Ocean Pines Association has announced that Josh Davis has been hired as its new director of marketing and public relations. Davis will fill the role currently held by Denise Sawyer, whose last day with the association will be Friday, May 17.

“Josh will be an invaluable addition to the Ocean Pines Association,” said interim General Manager John Viola. “His wealth of knowledge about the organization and his integrity as a journalist will be vital as we work to enhance our communication with the membership.”

Davis, who has served as the news editor for the Ocean City Today and Bayside Gazette newspapers for the past five years, has close to two decades of experience writing, reporting and editing with local and national publications. He is the author of three novels, including “Vanishing is the Last Art.”

“I’m excited to join the Ocean Pines team, which I think is the strongest they’ve had in years,” Davis said. “My top priority is providing a new layer of transparency for the membership.”

During his time as news editor, Davis received awards for investigative reporting, feature writing and photography.

“I’ve spent my career learning how to communicate effectively with people and I hope to continue doing that, and doing it well, in this new role,” Davis said. “My goal is to provide the membership with timely and accurate information, from how and why board members voted during the last regular meeting, to what the specials are next weekend at the Yacht Club.”

In his position with Ocean Pines, Davis will oversee and coordinate the association’s internal and external communications systems, procedures and activities.

SALISBURY — Salisbury University has announced Dr. Michael Scott as the new dean of its Richard A. Henson School of Science and Technology following a national search. He has served as the school’s interim dean since July 2017. 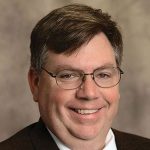 “Dr. Scott will bring a wealth of knowledge of higher and STEM education to the position and has deep connections throughout the Eastern Shore and the Mid-Atlantic region,” said Dr. Karen Olmstead, SU provost and senior vice president of academic affairs. “In addition to his strong record of teaching, scholarship and service as a professor of geography, Mike has led an important outreach arm of the University — the Eastern Shore Regional GIS Cooperative (ESRGC) — and has established a strong reputation for collaborative leadership as interim dean.”

“I am honored to have been chosen to lead the Henson School of Science and Technology,” said Scott. “The opportunity to help shape the education of the young minds that will tackle the problems of our state, our region, and our planet through the rigorous application of science is one that I relish. I can only hope to carry on the good work of the leaders who have come before me.”

Scott has been a member of the SU community for more than three decades, earning his B.S. in geography from Salisbury in 1992 before going on to receive his M.S. and Ph.D. in the field from the University of South Carolina.