Born June 20, 1936 in Pescara, Italy, the daughter of the late Carmela De Sanctis (nee Giuliani) and Donato De Sanctis. Lydia came to America at the age of 21, where she met her late husband, Salvatore P. Mastrangelo, and was married for 32 joyous years. 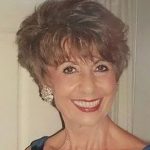 Lydia taught Italian and Latin for 20 years at St. Maria Goretti High School in Philadelphia, Pa. She enjoyed teaching and was an inspiration to many of her students. She had a passion for the arts, and enjoyed classical music and ballroom dancing. She was known for her home-made Italian cooking and baking, always welcoming family and friends to her home. She loved her family, especially her grandchildren, who were the center of her life. She touched the lives of so many with her humor and kindness, encouraging all to laugh, sing and dance.

She is survived by her children, Salvatore Mastrangelo, Lisa Robinson (John), and Carla Canakis (Jerrold). She was the cherished grandmother of nine grandchildren, Andrew, Justin and Alexander Canakis, James, Daniel and Kristin Robinson and Salvatore, Alexandria and Brett Mastrangelo, and dearest sister of Giuliani Postiglione (Carl) and Paula De Sanctis Bonavitacola, and late Louis “Gino” DeSanctis. 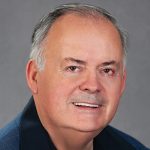 Ray graduated as a member of the Class of 1965 from Millsboro High School. He attended Benjamin Franklin University and the Capitol School of Technology.

Ray embarked on a career that started as director of security for the Hecht Companies in Washington/Baltimore where he was offered a position in their retail divisions as a buyer. He retired as senior vice president of Hecht’s parent company, May Department Stores.

He was the president of Smith Apparel for several years with locations in Selbyville, Ocean City and Fenwick and Waterworks in Bethany and Rehoboth. In 1986, Ray was encouraged to pursue a career in real estate in Ocean City.

Ray had found his calling. With virtually no training, he rose to the top of the company for Heritage Development Corporation and placed number one in sales for 1986, 1987 and 1988. He was invited to participate in an international competition for resort sales and placed in the top two in his division. With this international recognition came a job offer to join a team being recruited to sell a resort condominium property on the Caribbean Island of St. Maarten. After seven years and with inventory dwindling, an international development firm pursued Ray to head its resort development and sales division with the acquisition of the then 4 Star Oyster Pond Hotel. Ray’s creativity and flare for design was key to the development of a resort environment with competitive amenity components. As project director for Oyster Bay Beach Resort, Ray and Robin were recognized as project directors for the Fasting Selling Resort in the Caribbean.

Upon returning to the U.S., after 10 years, Ray was attracted to South Carolina for their base and after a brief stint in Murrell’s Inlet, he settled in Hilton Head and enjoyed great success as a sales manager there for a Canadian builder/developer. This success earned him the offer for the top spot at the oceanfront Royal Floridian Resort in Ormond Beach, Fla.

After retirement and returning to Sussex County in early 2013, Ray was offered a position for a local homebuilder and his successful techniques and winning personality served him well.

In May of 2017, Ray started exhibiting symptoms that weren’t easily diagnosed. After two months, he was diagnosed with a Glioblastoma Brain Tumor and given a terminal diagnosis of 12-14 months. Ever the fighter, Ray rose to the challenge. Following brain surgery, radiation and chemotherapy, Ray spent time with his children and grandchildren, renewed old friendships, kayaked, went to Georgetown Speedway for every race and vowed to beat his diagnosis. In October of 2018, he danced at his niece Morgann’s wedding in Western Maryland. His positive attitude and unfailing smile lit up every room he walked into.

The week before Easter he had three friends he wanted to see and made the trip to see them – traveling to eastern and southern West Virginia. The list was complete. His journey was coming to an end.

Ray had a broadly diversified career and was involved in many hobbies and organizations. He was the youngest member of the American Society of Industrial Security, past-president of the Bethany-Fenwick Chamber of Commerce and was elected to two five-year terms on the Indian River School Board. He was a former president of the Board of the Fenwick Branch of Delaware National Bank. He had served as president of the Eastern Shore Hunters Association and is a former member of the Selbyville Fire Department. He was a member of the St. Maarten Golf Association, the Eastern Caribbean Golf Association and the US Navy League in St. Maarten. He had been a contributing sponsor to resort case studies through the American Resort Development Association.

Ray loved flowers. Memorial donations can be made to the Millsboro Fire Department.

BERLIN – Groundwater testing is expected to take place at Heron Park as the Maryland Department of the Environment continues its investigation into last year’s chemical spill.More than six months after a chemical spill was identified at Heron Park, town officials said investigations into the incident by the Environmental Protection Agency (EPA) and the Maryland… Read more »