BERLIN – Home sale prices continue to rise on the Lower Eastern Shore, according to the latest numbers from the Coastal Association of REALTORS® (Coastal).

List prices reached an average of $227,796 in all three counties, which is 0.5 percent lower than the same time last year.

New listings that went on the market in March were up 2.5 percent compared to the same time last year in all three counties. That translates to 532 new listings. Individually, new available units were up by 15.2 percent in Somerset, and were down by 0.7 percent in Wicomico and by 2.6 percent in Worcester.

“The last week of March saw the biggest one-week drop in mortgage interest rates in a decade,” said Coastal President Bernie Flax. “That rate is still hovering around four percent and it’s not expected to increase very much this year. If you’re thinking about buying, now is a good time to start the process so you can take advantage of these low rates.”

SALISBURY — The Wor-Wic Community College Foundation recently welcomed Mike Marshall and Jason Parker of Berlin, Stephen Pappas of Ocean City and Phyllis Vinyard of Salisbury as new members of the board of directors. 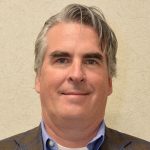 Marshall is president and CEO of Marshall Hotels & Resorts in Salisbury. He is a member of the American Hotel & Lodging Association, the Cornell Hotel Society and GlenRiddle Golf Club in Berlin, and a former member of the Greater Salisbury Committee and Green Hill Country Club. Marshall earned his bachelor’s degree from Washington and Lee University in Lexington Va., and completed the advanced management program in hospitality management through Cornell University in Ithaca, N.Y. 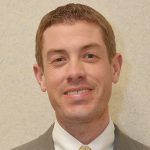 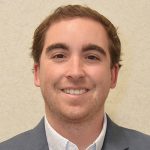 Commerce. He received his associate degree in business management from Wor-Wic and his bachelor’s degree in finance from Wilmington University.

Pappas is the owner and manager of The Original Greene Turtle in Ocean City and a lacrosse coach at Worcester Preparatory School. He volunteers with the Worcester County Humane Society and the American Cancer Society’s Relay for Life. He received his bachelor’s degree from Washington College in Chestertown. 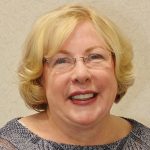 Vinyard received her bachelor’s degree at James Madison University in Harrisonburg, Va. She serves on the board of directors of the Peninsula Regional Medical Center Foundation and is a former board member of the Sussex Shores Water Co. Vinyard is a member of the Trinity United Methodist Church Altar Guild in Salisbury and a former member of the Wicomico Garden Club. Vinyard created an endowed scholarship at Wor-Wic in memory of her husband, Henry Lee Vinyard Jr., a Salisbury attorney and community leader for more than 35 years.

The seminars, which will take place April 23 and April 25 at the Montgomery Financial Training Center in Ocean Pines, include content from the special 20th-anniversary edition of Bach’s Smart Women Finish Rich, which has sold over 1 million copies since its initial publication in 1998. To register for the seminar, please call 855-972-6224 or visit MFSWealth.com

The Smart Women, Smart Retirement seminars present strategies to help women who are at or near retirement to spend wisely, establish financial independence, align their values with their money, and accumulate greater personal and financial wealth.

“The Gillis Gilkerson team did a good job keeping things moving even though we were hit with a substantial amount of wet weather,” said Michael Johnson, construction manager, Atwell Group. “They are good at communicating and getting things done.”

The completion of the bath house and RV sites are set for July with the community hall building by August.

“It’s really nice to be included on a list like this. We’ve made this dream a reality through a lot of long hours, and a dedicated team of people who are passionate about great beer. All of us have worked really hard to get to this point, from our brewing team that starts their day before the sun comes up, to the sales team, who work tirelessly to get our beer into the hands of customers at local hot spots and to all our restaurant staff try their best to provide a memorable beer drinking experience. We’re excited to see what the rest of 2019 has in store for us.” said Andrew Harton, head brewer of Big Oyster Brewery.

Big Oyster Brewery was ranked second fastest growing craft brewery in the US according to the Brewer’s Association’s annual production survey. Big Oyster Brewery began inside owner Jeff Hamer’s Fins Ale House in Rehoboth. Hamer fell into a bit of luck after construction of the Fins location began when the store directly next to it became available as well. The result was the dream of an in-house craft brewery component becoming a reality sooner than expected, and by June of 2015 beers from the brew team of Andrew Harton and assistant brewer Red Killpack began to flow.

“I could never have imagined we would be where we are now when this all started,” said Hamer. “Our brewery team is partially made up of folks who’ve worked for me since their high school days and I couldn’t be more thrilled we’ve all taken this journey together.”