BERLIN – New local inventory saw a slight boost in February, according to the latest numbers from the Coastal Association of REALTORS® (Coastal).

New listings that went on the market in February 2019 were up seven percent compared to the same time last year in all three counties. That translates to 580 new listings. Individually, new available units were up by 0.6 percent in Worcester, by six percent in Wicomico, and by 50 percent in Somerset.

“The local market slowed down a bit in February, which is relatively normal for this time of year,” said Coastal President Bernie Flax. “The decrease in list prices definitely opens a good window for anyone who is considering buying anytime soon.”

Not only has Taylor Bank earned Bauer’s highest rating for financial strength and stability, it has maintained that top rating for 115 consecutive quarters. Earning a 5-Star rating indicates this bank excels in areas of capital adequacy, profitability, asset quality and much more. Earning and maintaining this top rating continuously for over 25 years gives Taylor Bank the added status of being a “Best of Bauer Bank.” This designation is reserved specifically for banks that have earned Bauer’s highest rating consistently for 100 consecutive quarters or longer.

“What I find particularly encouraging,” said Karen Dorway, president of BauerFinancial, “is that it’s community banks, like Taylor Bank, that are achieving this status. Community banks base decisions on relationships, not just on numbers. We seem to be coming to a point where human interaction is regaining importance. Technology is an invaluable tool, but only when it enhances the customer experience. Taylor Bank has never lost sight of that.” 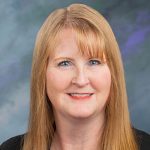 She will continue working from the bank’s administrative offices on Northwood Drive in Salisbury and from the loan production office in Rehoboth Beach.

OCEAN CITY — Traci Huggans, a graduate of Stephen Decatur High School in Berlin, has joined Dunes Manor Hotel as its Guest Relations and Marketing Manager. In her new role, Huggans will be running the hotel’s digital marketing initiatives for its social media channels and websites, creating and implementing seasonal and year-round guest activity schedules and overseeing its public relations, email marketing, and business networking efforts. 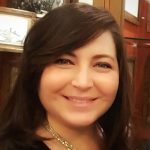 “Traci brings a wealth of energy, creativity, and digital marketing expertise to our team,” says Joanne Cunningham, Director of Sales and Marketing at the Dunes Manor Hotel. “Our guests will be thrilled with the inventive activity options that she’ll be devising for them, and we know that her experience and ideas will enable the Dunes to continue to be the preferred hotel among visitors to Ocean City.”

Huggans is the recipient of two Associates Degrees in Hospitality and Business Management from Wor-Wic Community College in Salisbury.

“As an Ocean City native who was born and raised here, it’s an honor to be part of the Dunes Manor, which throughout my life has been regarded as a true local tradition,” said Huggans. “I grew up having tea in the lobby with my mom on summer afternoons and taking part in Christmas festivities as well, so I’ve always had a personal connection to this historic and elegant landmark hotel. I’m looking forward to making my skills available to my co-workers and to the Dunes’ guests.” 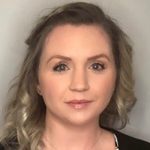 OCEAN CITY – Reid Tingle, President & CEO of Bank of Ocean City, along with the Board of Directors, has welcomed Amy Catlin as Internal Auditor/Assistant Vice President.

Catlin joins the Bank of Ocean City with over nine years of banking experience, specializing in internal audit. She is an audit professional who has completed multiple banking courses through ProBank, Wilmington University and Independent Community Bankers of America. She will graduate this year with a Bachelor’s degree from Salisbury University and also from Maryland Banking School.

SALISBURY – Vermont Oxford Network has awarded a “Center of Excellence in Education and Training for Infants and Families Affected by Neonatal Abstinence Syndrome” designation to Peninsula Regional Medical Center. 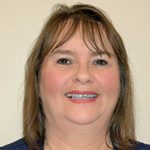 “By providing our NAS caregivers quality, evidence-based education, we help our community in several ways, including improving the health of infants affected by NAS, reducing associated health care costs, and most importantly, improving the patient and family experience,” said Angela Houck, DNP, RNC-NIC, clinical supervisor of PRMC’s Special Care Nursery. “Our overall goal is to reduce total length of stay, while empowering families to be active providers in their child’s transition to home.”

Maryland Patient Safety Center partnered with VON to provide 32 hospitals in the state universal training designed to standardize care policies. The collaborative approach to universal training included rapid-cycle distribution of current evidence-based practices to the entire interdisciplinary workforce engaged in caring for substance-exposed infants and families. This approach has been proven to reduce length of hospital stay and length of pharmacologic treatment while increasing family satisfaction. Peninsula Regional Medical Center is one of the 27 hospitals in the state that achieved the excellence designation from VON and contributed to the first statewide recognition of excellence in education and training that VON has awarded.

“The collective dedication of entire teams – including physicians, bedside nurses, social workers, and other healthcare professionals – make improvement possible,” said Bonnie DiPietro, Director of Operations for the Maryland Patient Safety Center. “We are already seeing fewer transports of infants, which means families get to stay closer to their local support system, and we expect to see outcomes improve even more over time.”