OCEAN CITY – Bank of Ocean City President and CEO Reid Tingle and the Board of Director has welcomed three new officers.

Barbara Knickman joins Bank of Ocean City with over 30 years of banking experience. She comes from Howard Bank, headquartered in Baltimore. She brings extensive knowledge in operations, technology and management skills. She will serve as a vice president in the operations department and has been named director of business continuity.

Mary Ann Moore joins Bank of Ocean City as an assistant vice president with 30 years of banking experience, specializing in commercial services. Prior to joining Bank of Ocean City, she proudly served the Delmarva area in small business lending, bank operations and management. She also held the role of investment representative.

Ashley Godwin joins the Bank of Ocean City with over 15 years of banking experience, specializing in credit analysis. She most recently was a senior portfolio manager at a regional bank serving the Ocean City area. She has been appointed as assistant vice president and will serve the bank in commercial credit.

BERLIN — Atlantic General Hospital Vascular Laboratory, located in Berlin, has been granted a three-year term of accreditation by the Intersocietal Accreditation Commission (IAC) in Vascular Testing in the areas of Peripheral Arterial Testing, Peripheral Venous Testing and Extracranial Cerebrovascular Testing.

Comprised of a detailed self-evaluation followed by a thorough review by a panel of medical experts, the IAC accreditation process enables both the critical operational and technical components of the applicant facility to be assessed, including representative case studies and their corresponding final reports.

“All ultrasound staff at the Atlantic General Hospital Vascular Lab are registered vascular technologists with specialized vascular training. They are held to strict continuing medical education requirements, keeping them current with the most up-to-date standards. They are part of the vascular team, along with our radiologists,” said Jill Todd, lead ultrasound technologist at Atlantic General. “Vascular exams can help reveal blocked or reduced blood flow in arteries and veins and assist with identifying problems that could potentially lead to issues such as stroke, poor arterial circulation in the extremities, or deep vein thrombosis (DVT), among other problems.” 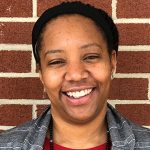 The position also organizes cultural, educational and social activities for the youth throughout the year.

Scott earned her bachelor’s Degree from Salisbury University in 2015 with an area of concentration in Community Health and Health Education. Currently, she is a full-time student at Maryland University of Integrative Health working toward her dream of becoming a Certified Clinical Nutritionist.

SALISBURY – Peninsula Home Care, a locally owned and operated home health care agency providing award winning skilled care to patients on the Lower Shore since 1985, has announced the addition of Barbara Murray to its leadership team. As branch director, she is responsible for organizing and managing all aspects of administrative and clinical activity in the Maryland branches. 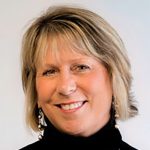 A native of Salisbury, Murray graduated from James M. Bennett High School in 1980 and Salisbury University with a business degree in 1984. Upon graduation, she launched a career in pharmaceutical sales for 12 years. A background in sales and marketing helped her make the move to long term care where she became the director of marketing for over 14 facilities, and then moved on to become an administrator/executive director for an assisted living in Towson.

Murray transitioned into wound care as a director and was instrumental in the opening of two wound care centers and ended up spending four years as the director of one of the largest wound care centers in the country, the Wound Care and Hyperbaric Medicine Center at Greater Baltimore Medical Center.

“When I was in wound care, we did a lot of business with home care agencies,” said Murray. “I also had my own personal experience when my own mother needed home care services.  I wanted to come back to the shore and was looking for the right opportunity. I found it in Peninsula Home Care.”

BERLIN – Groundwater testing is expected to take place at Heron Park as the Maryland Department of the Environment continues its investigation into last year’s chemical spill.More than six months after a chemical spill was identified at Heron Park, town officials said investigations into the incident by the Environmental Protection Agency (EPA) and the Maryland… Read more »