The following represents a collection of press releases reporting on the achievements of local students. 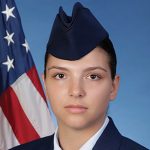 Airmen who complete basic training also earn four credits toward an associate in applied science degree through the Community College of the Air Force.

Mills is the daughter of Kimberly Owens of Berlin and Chris Mills of Altamonte Springs, Fla., and step-daughter of Kenneth Seig of Berlin.