OCEAN CITY — Lilly Madeline Farlow, 95, passed away peacefully in her home surrounded by her loved ones on Jan. 3, 2019. She was born in Ocean City and was the daughter of the late John Jackson Bunting and Mary A. (Fisher) Bunting. 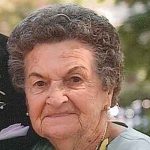 Fondly known as “Mom Mom” or “Aunt Lil,” she was a devoted mother, grandmother and dear friend to many. She was the oldest native of Ocean City that was born on the island and lived there her entire life. She was a member of Atlantic United Methodist Church and was an avid fan of the Baltimore Orioles.

She was preceded in death by her husband, James Roland Farlow, in 2008 and three brothers and four sisters.

BERLIN — Ouentin Branham of Berlin passed away at Hospice of the Chesapeake in Pasadena on Sunday, Dec. 23, 2018. He was 55 years old. 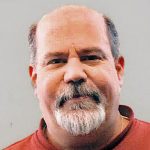 Quentin was born in Houston, Texas, the family eventually moved and settled in Crofton, Md. where he attended Arundel Senior High School and then the University of Maryland. He worked for Battelle, a defense contractor in Northern Virginia as a technical writer where he excelled. Quentin was a sports enthusiast that supported his alma mater, the Washington Capitals, Baltimore Orioles and the Washington Redskins. He enjoyed playing blackjack in local casinos and Las Vegas. He also loved cooking, fishing and playing golf. Quentin was a private individual but had close friends at the beach and longtime friends from high school and the Crofton area. He is survived by his father, Bill Branham; sister Laura Keller and her husband Karl; nieces Kendall and Caroline Keller of Houston; aunt Mary Lozier and her husband Arthur, and cousins Casey Jones and Jodee Jackson. Quentin was preceded in death by his mother, Ann Branham.

A memorial service will be held at a later date in Ocean City. Please view and sign the family’s guestbook at www.beallfuneral.com 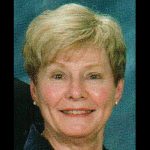 OCEAN PINES — Marie Theresa Hollendersky, age 81, passed away on Monday, Dec. 31, 2018 at Peninsula Regional Medical Center in Salisbury. Born in Bethlehem, Pa., she was the daughter of the late Michael and Theresa Shalbert Rohal. She is survived by her beloved husband of 61 years, George Hollendersky, and daughter Beth Ann Mount and her husband Daniel, and three grandchildren, Breanna Ruffin (James), Jordan Mount and Kelsey Mount. She was preceded in death by her son, Scott Hollendersky. Also surviving is a brother and several sisters.

Mrs. Hollendersky had worked as director of operations for Consumer Credit of New Jersey until retiring and moving to Ocean Pines. She was a member of St. John Neumann Catholic Church, and active volunteer with Diakonia in Ocean City.

Services were held. A donation in her memory may be sent to Diakona, 12747 Old Bridge Rd., Ocean City, Md. 21842. Letters of condolence may be sent via: www.burbagefuneralhome.com. 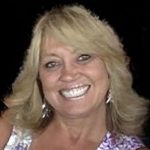 Born in Washington, DC, she was the daughter of Bob and Carol Leaberry. She was preceded in death by her husband, Dennis Smar. She is survived by her son, Nicholas Douglas; daughter Danielle Douglas and longtime boyfriend Bobby Patterson; former husband Bill Douglas; brothers Derek Leaberry and wife Amy and Darryl Leaberry; many nieces and nephews; and a host of friends.

Kelly was a certified appraiser and owner of American Appraisal Company. Kelly was fun loving and lived for her children. She loved the beach, traveling, hanging with her friends and everything about Ocean City. Kelly’s smile and laugh will surely be missed.

Family will do a celebration of life on Sunday, Jan. 20 at Trader Lees from 2-6 p.m. Arrangements are in the care of the Burbage Funeral Home. Letters of condolence for the family may be sent to www.burbagefuneralhome.com.

Born in Salisbury, he was the son of the late William Henry Scott and Wanda Anderson Scott. He is survived by his half-sister, Diane Savage and her three children, Scott, Ann and Sarah, as well as a favorite cousin, J. Douglas Trimper, and his two sons, Chris and Brooks.

Dr. Scott attended school in Ocean City, Berlin and St. Andrews in Middletown, Del. where he graduated with honors. Majoring in Zoology at the University of Maryland, College Park, in his junior year, he won early admission in to the Medical College of Virginia in Richmond where he graduated with honors in 1975. He practiced medicine in the Berlin-Ocean City area for over 10 years, then for seven years at Chincoteague Medical Center, also teaching family practice residence and medical students there, as well as serving as attending physician at Wallops Flight Facility. Later he retired and moved to West Ocean City where he pursued his lifelong interest in music. An accomplished pianist and organist, he taught himself to play the cello and bassoon, and was the principal bassoonist with the Salisbury Symphony Orchestra for a number of years. He enjoyed boating, photography, cooking, electronics, horseback riding and learning foreign languages. In his youth, he spent many happy years hunting and fishing with his father, a local attorney.

Paul was a member of the Episcopal Church including St. Paul’s Worcester Parish here in Berlin, where he served as vestryman and organist. He firmly believed that God loves each and every one of His children. Dr. Scott was also president of Windsor Resorts and Trimpers Playland.

Services were held. A donation in his memory may be made to St Paul’s Episcopal Church, P.O. Box 429, 3 Church St., Berlin, Md. 21811, or the Children’s Home Foundation of the Eastern Shore, 314 North St. Easton, Md. 21601, to assist deserving young people who might not otherwise have a chance at higher education. Letters of condolence may be sent via www.burbagefuneralhome.com Arrangements are in the care of the Burbage Funeral Home in Berlin. 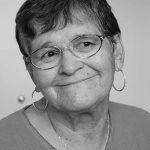 Born in San Diego, Calif., she was the daughter of the late James Ross Morris and Ruth Arellano. She was preceded in death by her husband, Milton Hays, in 2004 and her son, Anthony Morris Rodriquez. She is survived by Rodney Morris and wife Lisa and Harland Morris III; daughters Antoinette Layton and husband Sonny, Catherine Colson, Michelle Lancaster, Leslie Simpson and husband Barry and Elizabeth Hays; brother James Dido Morris; sister Rebeckah Ontiveres and husband Bob; 24 grandchildren; 30 great grandchildren; and 32 nieces and nephews.

Services were held. Letters of condolence may be sent to the family at www.burbagefuneralhome.com. Flowers welcome or please make a donation to a charity of your choice. 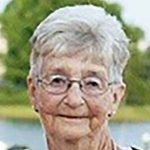 Born in Berlin, she was the daughter of the late Morris H. Mitchell and Mildred Jones Mitchell. She was preceded in death by her husband, Royce W. Evans, in 2001, her son, Rodney Evans, in 2016, a baby son, Morris Evans, and daughter Lynn Fulton and son in-law Robert. Also preceding her in death were brother Harry Mitchell, sister Annabelle and brother-in-law Russell Hastings. Surviving are daughters Rosanna Bruning, son-in-law Bill of Snow Hill, and Lisa Jarman and son-in-law Scott of Berlin. Also surviving is her sister-in-law, Jerry Mitchell, and several nieces and nephews. She was adored grandmother to Gretchen Ninzeheltzer, Kirby Ingersoll and husband Justin, Mary Evans, Sabrina Fulton, Brittany Jarman and Molly Evans and great-grandchildren London Garms, Mackenzie Walls, Reina Vazquez and Sukaynah Fulton.

A 1949 graduate of Buckingham High School, she was employed as a secretary for Lewes Dairy, Gateway Motel, Showell Poultry and Hudson Foods. She was a member and past president of Boggs-Disharoon American Legion Post 123 in Berlin for 45 years. She was member of St. Paul’s Episcopal Church in Berlin. Mrs. Evans enjoyed gardening (raising roses) and going to the beach. She also leaves her beloved dog Chi-Chi.

Services were held. A donation in her memory may be made to St. Paul’s Episcopal Church P.O. Box 429, Berlin, Md. 21811, or Boggs-Disharoon American Legion Post 123 in Berlin. Ladies Auxiliary, 10111 Old Ocean City Blvd., Berlin, Md. 21811. Letters of condolence may be sent via: www.burbagefuneralhome.com. Arrangements are in care of Burbage Funeral Home. 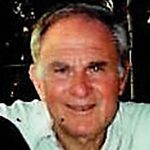 A funeral service will be held on Friday, Jan. 11, 2019 at 1 p.m. at the Burbage Funeral Home in Berlin. Visitation will be held from noon-1 p.m. prior to the service. Interment will be at All Souls Cemetery in Germantown, Md. on Monday Jan. 14, 2019 at 2 p.m. In lieu of flowers please make donations to Coastal Hospice at PO Box 1733 Salisbury, Md. 21802 or Cancer Society at 1315 Mt Herman Road Salisbury, Md. 21804. Letters of condolence may be sent to the family at www.burbagefuneralhome.com.