Recognized today as a legendary placekicker, Akers didn’t begin his football career as a star. Akers was cut from three teams before he joined the Philadelphia Eagles, and even then nearly missed training camp after a bout of food poisoning left him in hospital quarantine for a week. 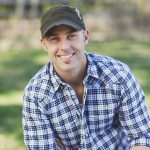 He never gave up, however, and today after more than a decade of play holds the NFL postseason record for consecutive field goals as well as just about every Pro Bowl kicking record.

“We all have our own journey,” Akers said.

He’ll talk about his next month at the annual Ocean City Mayor’s Prayer Breakfast, scheduled for Friday, Jan. 11. Akers is the keynote speaker at this year’s event, which is expected to bring 400 people to the Clarion Resort Fontainbleau Hotel.

“For him it wasn’t an instant football career,” said Lisa Layfield, event director at the Greater Ocean City Chamber of Commerce. “He had a lot of hurdles or different struggles personally and professionally. His story is about his faith, his yearning to move forward. He’s got a really great story.”

Layfield said the chamber took over as host of the popular January prayer breakfast a few years ago in an effort to keep the event going.

“Our goal was to give people from all parts of the community, all in one place, something to start the year on a positive note,” she said.

Chamber officials put in plenty of research before selecting a speaker. Last year, Victor Mooney, the first African American man to row across an ocean, addressed attendees. This year, Layfield said the chamber’s board and an event committee selected Akers to be the main speaker. They were encouraged by the comments made by those who’d heard Akers before.

“Everyone said ‘you can’t go wrong,’” she said. “People are so moved by his story and he’s such a down to earth, people person.”

Akers was cut from the Atlanta Falcons, the Carolina Panthers and the Washington Redskins early in his career. Akers joined the Eagles in 1999, however,  and went on to play 12 seasons for the team, becoming the franchise’s all-time leading scorer. He was named to the Eagles 75th Anniversary Team, was voted onto the NFL All-Decade Team for the 2000s and set the NFL mark for most points scored in a decade (1,169 from 2000 to 2009).

Akers then spent two seasons playing for San Francisco, breaking the single-season records for field goals made, field goals attempted and points scored without a touchdown. In 2012, he tied the NFL record for longest field goal at 63 yards.

Akers, who is now a free agent, has played in two Super Bowls and is a six-time Pro Bowl selection. He’s also a minister and author.

In an interview this week, Akers said he handled his first speaking engagement in 2010 and knew then it was something he wanted to pursue. Though he had an idea of the message he wanted to share, he hired a speech coach to help him hone his communication skills and eventually launched a fulltime speaking career in 2014. He now speaks about 30 times a year at events like Ocean City’s prayer breakfast.

What Akers likes most about being an inspirational speaker is the way it allows him to meet people.

“I’ve always enjoyed getting to know people,” he said. “I think everybody has a story to tell.”

Akers loves to hear about people “grinding through the tough times,” particularly since perseverance is a biblical principle.

“It’s a matter of figuring things out and pushing forward,” he said.

In Ocean City, Akers will talk about the importance of perseverance, perspective and personnel. He says the people surrounding an individual play a key role in his or her life, particularly as they face struggles.

“Everybody overcomes,” he said. “The reality is you don’t do it alone.”

He hopes to inspire listeners and remind them that the issues they’re forced to overcome often help define them.

“Sometimes people get focused on the ultimate goal of winning,” he said. “a lot of it is about the journey.”