Born at George Washington University Hospital on July 24, 1950, Randy is the son of Philip and Helen Marie Warden, who preceded him in death. 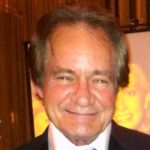 Randy graduated from Fort Hunt High School in Alexandria, Va. He lived a full life, both professionally and personally. A self-starter, Randy succeeded in business, initially as a sales manager, then excelling to Vice President of Sales at TRW Automotive. An avid boater and fisherman, Randy launched his own business in the boat lift industry. He recently retired from Ocean City Boat Lifts as partner and owner.

Randy also enjoyed fast-paced outdoor sports such as motorcycle racing, snow and water skiing and the great outdoors. Randy had many dogs, and McPhee and Barney, his two faithful pals, survive him. Randy had a great love for life and made friends wherever he went. Randy is survived by his son from his marriage to Margaret Paradis, Jesse Warden of Mechanicsville, Va., along with Jesse’s wife, Brandy Fortune, and his two beloved granddaughters, Sydney and Rowan Warden. He also leaves behind his brother, Philip Warden, and his sister, Pam Coit, and their families, as well as his cherished niece, Rhoda Wheeler, whom he raised as his daughter. Remembrances of Randy can be made to the ASPCA via https://www.aspca.org/ways-to-give and memorial cards can be mailed to: Randy Warden ASPCA Memorial Gift Card, 1306 24th St., S. Arlington Va. 22202.

OCEAN PINES — On Tuesday, Sept. 3, 1918 in Syracuse, N.Y. a son was born to Kathleen and Roscoe Reed. They named him Philip Duane. 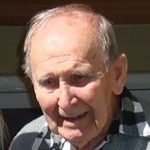 A child of the Great Depression, Phil worked as a soda jerk in Syracuse, was a Syracuse High School Junior tennis champion and in 1942 enlisted in the United States Marine Corps. On Aug. 7, 1942 he landed on Red Beach, Guadalcanal, 3rd Battalion, 3rd Platoon, First Marine Division.

On June 8, 1945, he married Ann Virginia Kiggins, daughter of Russell and Catherine Kiggins. They were inseparable for 66 years. Six kids —Joe, Dan, Sue, Kathy, Sally, and Christine, in that order — eventually came along and were raised in Syracuse, N.Y., Wilmington, Del. (where Phil was a Little League coach) and Croton-on-Hudson, N.Y., where Ann and Phil resided for 30 years. The six were followed by eight grandkids — Alison, Roberta, Katie, Rebecca, Brendan, Spencer, Kelly and Ben in that order — and, in 2017 a “little cutie”, great granddaughter Logan Eva Reed, was welcomed to the family.

“P.D.” landed a job in the Mail Room at Continental Can Company, and, 42 years later, after many, many long rail commutes from Croton to New York City, the former Syracuse, N.Y. soda jerk retired in 1982 as the Continental Can Regional Purchasing Director of Plastics in Manhattan.

Ann and Phil, both golfers, left Westchester County, N.Y. — and, membership in the Winged Foot Golf Club in Mamaroneck, N.Y. — and settled in a picture-perfect house on the 18-hole golf course in Ocean Pines, right down the road from the world-famous Ocean City Boardwalk and beach.

They lived a good life in the Pines, enjoying golf as active members of the Ocean Pines Golf Club, Bridge, Poker, gardening, the ocean and the beaches. They traveled, both domestically and internationally, and enjoyed many good friends and neighbors. They were gracious hosts to all who visited.

Phil was a 30-year member of Community Church at Ocean Pines and a regular at the 8 a.m. service. A caring parent, he was happiest spending time with his family. All his kids were special to him, but, his youngest daughter Christine, who called him “Pal,” was extra special.

Sadly, Chris passed away in 2006, followed by Vietnam veteran/Purple Heart recipient Joe in 2007, then, most sadly, by Ann Virginia in 2012.

Corporal Reed was honored by an Elks/American Legion “Hometown Heroes” banner on the Ocean City boardwalk in 2018. In September, 90 family members and friends joined him for a “Cheers to 100 Years” birthday celebration in The Parke in Ocean Pines.

At 8 p.m. on Friday, Nov. 16, Philip Duane Reed died very peacefully in that full-of-memories house on the Ocean Pines Golf Course. His kids were with him.

His red/gold United States Marine Corps flag is at half-staff.

Letters of condolence may be sent to the family at www.burbagefuneralhome.com. 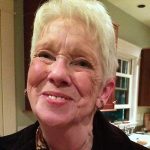 She is survived by her stepson, William; her brother, Jack; and her sisters, Liz and Susan.

A graveside service and burial will be held at 11 a.m. Dec. 3 at Christ Church in Philadelphia, Pa.

A celebration of her life will be held at the Globe in Berlin on Dec. 3 from 4-7 p.m. 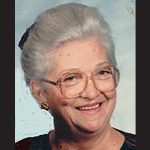 Born in Lancaster, Ohio, she was the daughter of the late Edward Cave and Helen Wallace Cave. She was preceded in death by her husband, Emory Lee Aydelotte, in 2000. She is survived by her son, Jay Aydelotte and his wife Roseanna of Berlin; two granddaughters, Kristen Aydelotte Fitzgerald and Michelle Aydelotte Smethhurst; and two great-grandsons, Cody Fitzgerald Aydelotte and Brandon Michael Fitzgerald. Also surviving are two sisters, Rose Abdalla of Stubenville, Ohio, and Nora Filiatrault of Columbus, Ohio, and numerous nieces and nephews.

Mrs. Aydelotte had been a registered nurse throughout her career, working at the Harrison House Nursing Home in Snow Hill, and the Millsboro Nursing Home and an administrator. She was a member of St Mary’s / Holy Savior Catholic Church in Ocean City, and had been a member of their choir.

A Mass of Christian Burial was held Thursday, Nov. 29, 2018 at 11 a.m. at Holy Savior Catholic Church, 17th and Philadelphia Ave., Ocean City, Md. Rev. William Lawler officiated. Interment followed in Riverside Cemetery in Libertytown near Berlin. In lieu of flowers, a donation in his memory may be made to St. Jude’s Children’s Research Hospital, 262 Danny Thomas Place, Memphis, Tenn., 38105. Letters of condolence may be sent via: www.burbagefuneralhome.com. Arrangements are in the care of the Burbage Funeral Home in Berlin.