A native of Maryland she was born June 17, 1933 in Baltimore to Luciano Pietro Alcamo and Rosa Maria DiForte. The youngest of three, she grew up on Eager Street and Kirk Avenue. 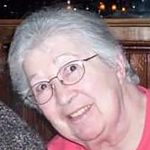 Nancy graduated from Seton High School, worked as a paralegal and studied for her real estate license at Wor-Wic Tech.

She married Chuck Gunzelman and moved to Ocean City, where she was known as “Mama Gunzi” to the surfing community. Running the surf shop with her husband and various real estate offices in Ocean City, raising three kids and caring for her mom could not keep her from her crossword puzzles, reading, bowling, cards, board games (she ruled at Cribbage and Backgammon), bird watching, nature shows and making friends with and helping everyone she met. Despite nuns switching her to write right handed, she made beautiful needlework. She especially enjoyed olives, eggplant, sushi, licorice, a good joke and an occasional glass of scotch or wine.

She was preceded in death by her parents, husband and siblings Millie DeFlavis and Lou Alcamo.

Her sons and daughter, Jerry (Karen) of Newark, Gina Hawkins (John) of Gainesville, Fla. and Rick (Karen) of Timonium, grandsons and granddaughter Charlie (Robin) of Frankford Del., Ben (Spencer) of Valrico, Fla. and Heidi of Philadelphia are left to cherish her memory and re-gift her love of nature, a walk in the woods or a day at the beach. 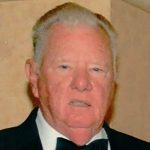 Born in Baltimore, he was the son of the late Mildred Waddy. He is survived by his beloved wife of 34 years, Beatrice (Schaaf) King, and children, Father Stephen King of California, Michael King and his wife Linda of Hampstead, Md., John King of Pasadena, Md. and Christopher King and his wife Rebecca of Ellicott City. He was an adored grandfather to Amanda, Brooke and Caroline King and great-grandfather of Ethan and Leo. Preceding him in death were his two siblings, Robert King and Ilene Allen, and first wife, Joyce King, mother of Stephen, Michael and Katherine.

Herbert joined the United States Army while still in his youth. Later, he joined Baltimore County Police Force, where he moved up the ranks to major. He was commander of the first SWAT Team. After retiring, he worked for Bank of America as a Senior Vice President of Security and Protection. He was a member of the Fraternal Order of Police, Sons of Italy in Baltimore, the Elks in Ocean City, Guns and Hoses and he enjoyed Nascar.

A mass of Christian Burial will be held on Monday, Nov. 26 at St. Luke Catholic Church, at 11 a.m. Rev. John Luness will officiate. Interment will be in Good Shepherd Cemetery in Ellicott City. A donation in his memory may be made to the School Sisters of Notre Dame, 6401 N. Charles St. Baltimore, Md. 21212 or the Worcester County Humane Society, P.O. Box 48, Berlin, Md. 21811. Letters of condolence may be sent via www.burbagefuneralhome.com. Arrangements are in the care of the Burbage Funeral Home in Berlin.

He was born in Washington, DC and was the son of the late Bernard E. Sr. and Frances R. (Clements) Roache. 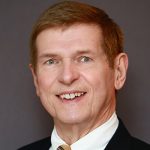 Bernie was a real estate broker and owned Century 21 New Horizon in Ocean City. He was a member of the Ocean City Chamber of Commerce, Coastal Board of Realtors and was Realtor of the Year twice and had served on many committees through the years. He was a member of Holy Savior Catholic Church and sang in the choir, was a cantor and Eucharistic minister.

He is survived by three brothers, Raymond Roache of Florida, William Roache of Ocean City and Michael Roache of Ohio; three sisters, Lorraine Raiden of Virginia, Mary Frances Lutzio of Annapolis and Terry Looney of Ocean City; and his close nieces, Kimberly and Tina Looney and Jennifer Lilley and Jessica Roache. He is also survived by many nieces and nephews, great nieces and nephews, cousins, uncles and aunts.

In addition to his parents, he was preceded in death by his brother, Jack Roache.

A Mass of Christian burial will be held at 11 a.m. on Tuesday, Nov. 27 at Holy Savior Catholic Church in Ocean City. Friends may call on Monday, Nov. 26 from 2-4 p.m. and 6-8 p.m. at Bishop-Hastings Funeral Home in Selbyville. Burial will be in Sunset Memorial Park in Berlin.

Condolences may be sent by visiting www.bishophastingsfh.com.
x

She was a 1984 graduate from Stephen Decatur High School and worked for many years as a dialysis technician. 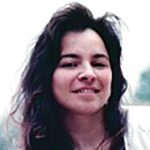 In addition to her love of music, art, and nature, she enjoyed caring for many animals throughout her lifetime.

In lieu of flowers, please make a donation to the Community Cat Coalition (P.O. Box 1761, Berlin, Maryland 21811 – or online at http://communitycatscoalition.com/donate ) Letters of condolence may be sent to the family at www.burbagefuneralhome.com.