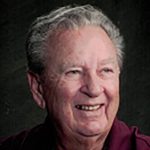 Tom was born in Washington, D.C. in 1935 and moved to Baltimore as a child. In his early teens, he began his career as a heavy equipment operator with the John Matricciani Company and then joined the Marine Corp to serve his country. Before his honorable discharge, Tom was awarded a National Defense Service Medal. When returning home, he continued working with the Matricciani Company for a total of 33 years. He then joined his brother’s company, Cossentino Contracting, where he worked for many years while raising his family. Tom not only loved his work but also greatly enjoyed gardening, exercising, and stone masonry work.

When he retired, he moved to Ocean City. He loved planting flowers, vegetables and creating beautiful gardens and backyard landscapes to include a magnitude of nautical and religious sculptures. Tom’s greatest love was of his family. He enjoyed bragging about the success of his children and ultimate love of his grandsons.

A funeral service will be held on Friday, Oct. 26, 2018 at 11 a.m. at Holy Savior Catholic Church. Father Esposito will officiate. Visitation will be held one hour prior to service. Interment will follow at Sunset Memorial Park. Arrangements are in the care of the Burbage Funeral Home in Berlin. Letters of condolence may be sent to the family at www.burbagefuneralhome.com. In lieu of flowers please make donations to Coastal Hospice at PO Box 1733 Salisbury, Md. 21802.

OCEAN CITY — Joseph Burton Resnick passed away after a brief illness on Thursday, October 18, 2018, surrounded by his loving family. 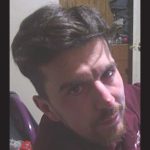 Joseph is survived by his loving life partner, Jennifer Morse; his stepson, Christopher Morse; and daughter, Chloe Resnick all of Ocean City. He is also survived by his parents, Philip and Donna Resnick of Taylor Mill, Ky., his brother. Brooks Resnick (Danielle) of Piedmont, S.C. and sister in law Samantha Bergenty (Todd) of Cherry Hill, N.J. along with three nephews, Ashton, Brylan and Colton. Also surviving is his trusty dog Snax, which he always walked faithfully.

Joseph worked as a technician for 5 Star Plumbing, Heating and Cooling. Joseph always thought of them as family. He was an amazing husband and father, an incredible friend and a genuinely good guy. There are no words to describe the sense of loss and grief without him. 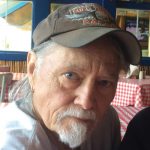 Born in Washington, DC, he was the son of George J. Munson, Sr. of Las Vegas, Nev. and the late Katherine F. Munson.

Jimmy grew up in District Heights, Md. In his later years, he relocated to Ocean City where he has resided for the past 30 years.

He was self-employed as a painter.

Besides his father, he is survived by three children, four grandchildren, five siblings, other relatives and friends.

A private family service will be held at a later date.

In lieu of flowers, memorial donations can be made to the American Cancer Society at www.cancer.org.