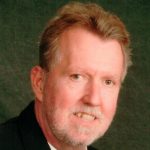 Born in Salisbury, he was the son of the late William P. Neville and Ruth Mae Baker Neville. He is survived by his wife, Karen Callahan Neville, and brothers Thomas Allan Baker and his wife Karen of Virginia Beach and William Craig Neville and his wife Cathy of Salisbury. Also surviving are nieces Emily Neville, Melissa Larson, and Ashley Baker, great nieces McKenzie Skelton and Carleigh Neville, and a nephew Andrew Neville, great nephews Kash Glorius, Robert Glorius, II and Dylan Larson. Also surviving is his mother-in-law, Cleora Callahan of Crisfield, and his sister in-law, Kathy Berezoski, of Marion Station. Preceding him in death was his beloved grandmother, Violet Neville Matthews.

Barry was a life-long member of St. Paul’s Episcopal Church. He became an Ordained Deacon of the Diocese of Easton in 2013. As a volunteer chaplain, at Atlantic General Hospital in Berlin, and as a college professor, his kind words and advocacy helped many people during life’s turmoils and significant moments. Barry gave his all in life. He was compassionate, honorable, steady, thoughtful and inspiring. He was a loving husband and an indulgent cat parent to Grace and Skipper. Barry often remarked, “Life is good!”

A funeral service will be held on Sunday, Oct. 14 at 3 p.m. at St. Paul’s Episcopal Church in Berlin. Friends may call from 1:30 until 3 p.m. Bishop Santosh Marray and Rev. Michael Moyer will officiate. A donation in his memory may be made to St Paul’s Episcopal Church, P.O. Box 429, Berlin, Md. 21811, or Eastern Shore Community College Foundation, Attn: Eve Belote, 29300 Lankford Hwy, Melfa, Va. 23410, or Nabb Research Center, 1101 Camden Ave. Salisbury, Md. 21801 (please make checks payable to Salisbury University Foundation, Inc.) Letters of condolence may be sent via www.burbagefuneralhome.com Arrangements are in the care of the Burbage Funeral Home in Berlin.

BERLIN — David Thomas Rouch was called home on Sept. 24, 2018, at the age of 78 after a courageous battle with cancer.

He was the son of the late Harry and Thelma Rouch of Barberton, Ohio. 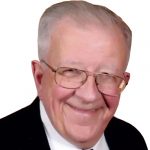 Upon graduating from Barberton High School, Dave combined his love of travel and engineering with service in the United States Air Force, maintaining airborne navigation radar systems before obtaining his BSEE from the University of Akron in 1966. A master’s degree from The Catholic University of America followed in 1970, leading to a distinguished 32-year career at the National Security Agency and several years of work at Harris Corporation, insisting to anyone who asked that all he did all day was trade baseball cards and chew bubblegum. During those scholarly years, he finally convinced Patricia Sue Mitchell of Akron, Ohio to marry him and began their adventures from Hawaii mountaintops to Tokyo gyoza shacks to European cruises with 50 countries in between.

Dave delighted in mountain top cabins, Duke basketball, and World War II books (at times enjoying all three at once), but he was happiest just being with his family. He will be remembered for his analytical mind, lightning wit, ferocious sense of humor and steadfast faith.

He is survived by his wife of 49 years, Patricia; son Michael (wife Sara) of Ellicott City, Md.; daughter Amber (husband Harold) of Mystic, Conn.; and brother Larry (wife Mary Ann, son Harry, daughter Cindy) of Barberton, Ohio. As grandpa to Adam, Matthew, Ryan, David, and William, he delighted in teaching the next generation that donuts were God’s perfect food, that “Monster Mash” is early rap music canon, that Star Trek, Star Wars and Schwarzenegger deserved reverence, and that he was the best at pancakes and spaghetti sauce.

The family would like to give special thanks to Dr. Ngaiza, Dr. Daniels, and the nurses and staff at Peninsula Regional Medical Center, and to Drs. Webster and Murphy at The Johns Hopkins University. We know his “Chemo-sabe” appointment outfit was his favorite, but the electric blue mohawk was yours.

There will be no viewing as his wife refuses to honor his request to be lashed to a wooden raft and set ablaze on the open ocean at sunset, Viking-style. Instead, a celebration of his life will take place at 11 a.m. on Saturday, Oct. 20, at Buckingham Presbyterian Church in Berlin. In lieu of flowers, friends and even foes are encouraged to donate to Coastal Hospice & Palliative Care, https://coastalhospice.org.

He lived long and prospered.

OCEAN PINES — On Saturday, October 6, 2018, Jennifer Michelle DeBoy, age 45, lost her battle with Alzheimer’s and Parkinson’s at Coastal Hospice on the Lake at Deer’s Head Hospital Center.  She was surrounded by family and special friends from Carroll County. 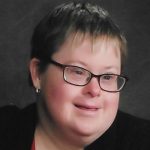 Jen was born March 17, 1973 in Baltimore County.  She was the daughter of Michael and Patricia DeBoy of Ocean Pines, Maryland.

Jen began her education at Campfield Elementary in Baltimore County. After moving to Carroll County, Jen attended Carroll County Education Center in Westminster, where she received her Certification of Attendance.  She was placed in several jobs by the agency, Target, Inc.  She most enjoyed interacting with all the people at Denny’s in Eldersburg for seven years.

Some of Jen’s favorite times were spent at karaoke in Eldersburg with her dad, her special friend, Greg Allen, and other friends.

In 2008, Jen moved to Ocean Pines with her mom and dad.  For the past 10 years, she attended Dove Pointe in Salisbury.  Her favorite activities were watching movies, bowling, dancing, fun on the beach, and eating pizza and fried chicken.

Jen is survived by her parents, Mike and Pat DeBoy of Ocean Pines; her sister, Kimberly DeBoy, also of Ocean Pines; and many aunts, uncles and cousins in Salisbury and across the country.

The family expresses their deepest gratitude to the hospice team at Coastal Hospice in Deer’s Head Hospital.  There are not enough words to thank them for the love and care they have shown to Jen and all of us.

We miss you Jen Jen.