BERLIN – Local market activity continues to fall behind last year’s numbers, according to the September 2018 housing reports from the Coastal Association of REALTORS® (Coastal). 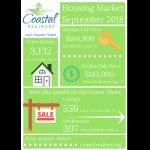 A recap of the September real estate market activity is shown courtesy of Coastal Association of REALTORS®. Submitted Image

The overall cumulative days on market (CDOM) was 75.25, which is 22 percent lower than the same time last year.

“We’ve been seeing very similar trends each month for the past several months – low inventory, higher prices, less settlements,” said Coastal President Joel Maher. “However, we wouldn’t be surprised to see a shift in October’s market, given the recent interest rate increase that could prompt buyers to act now before the rates get even higher.”

Lawrence Yun, the chief economist for the National Association of REALTORS® (NAR), said in a recent report that rising interest rates are not expected to negatively impact the national real estate market.

“We have two opposing factors affecting the market: the negative impact of rising mortgage rates and the positive impact of continued job creation,” Yun said. “This should lead to future home sales staying fairly neutral. As long as there is job growth, rising mortgage rates will hinder some buyers; but job creation means second or third incomes being added to households, which gives consumers the financial confidence to go out and make a home purchase.”

“Our area is due for a market boost now that interest rates are going up and consumer confidence is at an all-time high,” Maher said. “Increased rates mean more buyers and more buyers should spur more sellers.” 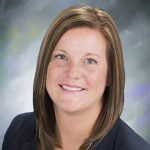 Krause will continue working from the bank’s administrative offices on Northwood Drive in Salisbury. She has 18 years’ experience, including 14 years in the commercial sector. 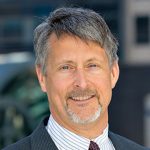 SALISBURY – SVN-Miller Commercial Real Estate Senior Advisor John McClellan has earned the prestigious Society of Industrial and Office Realtors (SIOR) designation. This designation is a professional symbol of the highest level of knowledge, production and ethics in the commercial real estate industry. With this accomplishment, McClellan joins SVN-Miller Senior Advisor Henry Hanna as the only two SIOR designees on the Eastern Shore.

McClellan has over 30 years of commercial real estate experience and has secured well over 3,000 transactions resulting in a career brokerage volume in excess of $400 million. He focuses on the sale and leasing of office, industrial and retail properties in Maryland and Delaware.

“I am honored to have been admitted to the prestigious Society of Industrial and Office realtors,” said McClellan. “I am looking forward to being able to better serve my clients and customers through this powerful network. I will be positioned to fulfill incoming tenant and buyer needs from across the US as well as recommend top notch brokers in other regions to serve client needs. I look forward to joining fellow SIOR members in furthering my commercial real estate knowledge.”

It brings a needed neurology service back to Salisbury, in a new, 8,000-square-foot location it will share with PRMC’s established neurosurgery team, which is relocating from Snow Hill Road.

“Having both specialties in the same office is very complementary from a clinical aspect,” said Dr. Thomas DeMarco, Vice President of Peninsula Regional Medical Group. “One takes care of the surgical aspect and the other the medical aspect. It’s very convenient for the patient and the providers.”

On the surgery side, patients will see Jacek Malik, MD; Andy Pierre, MD; Bothwell Lee, MD; or Sophia Shakur, MD. Neurologists include Robert Baumann, DO; Channaiah Mysore, MD; and Muneshwar Tiwari, MD, who will join the team in September.

According to Tom Anderson, executive director of Facilities Management for PRMC, the new space will make it easier and more convenient for patients to receive care.

“Accessibility was difficult for some patients at the Snow Hill Road office,” he said, noting Woodbrooke’s convenient location off Route 50.

And with additional square footage, PRMC is able to offer blood draws inside the office, saving patients time and effort.

“This new building is essentially a neurosciences center designed for the comprehensive care of patients with neurological diseases,’ said Dr. Shakur. “I am absolutely excited.”

It’s not the first new space Peninsula Regional has invested in for the care of neurosurgery patients. In February, PRMC opened a brand-new operating room that integrates medical imaging to allow physicians to perform minimally invasive neurosurgery – the first room of its kind in the region. The closest similar hybrid operating room is located in Philadelphia.

Dr. Mysore, a neurologist who was previously seeing neurology patients only after they were admitted to Peninsula Regional, is looking forward to being able to extend that care into the community. “My colleagues and I are pleased that we are able to offer this needed service,” Mysore said.