A Berlin man was arrested on crack cocaine distribution charges last week after a raid at his home revealed nearly 400 grams of the illegal narcotic along with paraphernalia used to process it.

On Sept. 14, the Worcester County Criminal Enforcement Team concluded an extensive investigation into crack cocaine distribution in the Berlin area with the arrest of a local man. During the course of the investigation, Marcus Adrien Pitts, 46, of Berlin, was identified as a significant source of crack cocaine in the area.

Also on Sept. 14, the Worcester County Criminal Enforcement Team executed a search-and-seizure warrant at a residence in Snow Hill as a result of the months-long cocaine distribution investigation. The months-long investigation identified Alford Hilton Hardy, 46, of Snow Hill, as a source of cocaine in the community. 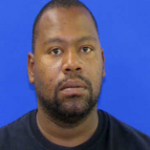