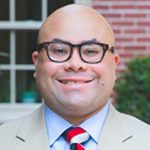 Atif Gaddis has been promoted to BSA Officer. Gaddis has been employed with Taylor Bank since August of 2008. He has served in several roles for the bank including teller, customer service associate and most recently BSA and compliance assistant. In his new role, he will be responsible for coordinating and monitoring day-to-day BSA/AML compliance. He will also continue to assist with internal compliance programs from the bank’s main office on Berlin’s Main Street. 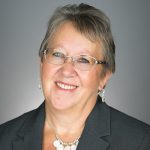 Debbie Rickards has been promoted to Operations Supervisor of the 91st Street branch. Debbie has been employed with Taylor Bank since February of 2018. She was hired as a full-time customer service associate. Since then, she has worked at the Main Office and Ocean Landing locations. She came to Taylor Bank with over 28 years of community bank experience. She was the former teller supervisor of PNC Bank located in downtown Berlin. Her past experience coupled with her Taylor Bank knowledge will aid in her success in this new role with the bank.

“We are excited to offer career path and advancement opportunities to our existing employees. Debbie and Atif’s education, in combination with their banking experience create a strong foundation that will bring significant value to Taylor Bank,” said Thompson.

In addition, the Rick Meehan/Katy Durham team ranked 12th in the region for teams. 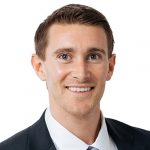 Frederick will be responsible for generating new business and developing strong relationships with clients and prospective clients through the sale of commercial insurance products.  His primary focus will be in the hospitality industry and resort area businesses.

Frederick joins the team with over 10 years of customer service and management experience.  His secret to success in the workplace is to be honest, have integrity, passion and commitment. In his free time, Frederick enjoys traveling globally, often for surf adventures and playing indoor and outdoor volleyball.

“Trevor is great example of ‘Give more than you expect to receive.’ He puts tremendous determination in whatever he commits to doing.  His positive attitude and drive will be invaluable to his clients,” said Deeley Insurance Group Vice President of Sales Cindy Hall.

SALISBURY – The Community Foundation of the Eastern Shore has announced Pam Heying as the newly appointed gifts and grants administrator. Heying’s background includes over 25 years of experience in accounting/bookkeeping and 15 years of business management.

The newly created position will assist the Community Foundation in strengthening its continued dedication to stewarding assets entrusted by the community. Heying’s vast experience in finance and accounting combined with her demonstrated commitment to community service create a natural fit for the role.

The 7,700-square-foot building is undergoing construction and all three tenants will move in during the fourth quarter of 2018. The building will soon be occupied by weight loss center Corelife of Delmarva, Acadia Counseling and Wellness and Peninsula Nephrology Associates, P.A. Phillips and Cox represented the tenants in these three leases and Gillis was the listing agent.

SALISBURY — Peninsula Regional Medical Center will cut the ribbon on its new Peninsula Regional Neurology & Neurosurgery office on Wednesday, Oct. 3 from 5-6 p.m. The office is located at 1630 Woodbrooke Drive in Salisbury. It brings a needed neurology service back to Salisbury, in a new, 8,000-square-foot location it will share with PRMC’s established neurosurgery team, which is relocating from Snow Hill Road.

“Having both specialties in the same office is very complementary from a clinical aspect,” said Dr. Thomas DeMarco, Vice President of Peninsula Regional Medical Group. “One takes care of the surgical aspect and the other the medical aspect. It’s very convenient for the patient and the providers.”

On the surgery side, patients will see Jacek Malik, MD; Andy Pierre, MD; Bothwell Lee, MD; or Sophia Shakur, MD. Neurologists include Robert Baumann, DO; Channaiah Mysore, MD; and Muneshwar Tiwari, MD, who will join the team in September.

According to Tom Anderson, executive director of Facilities Management for PRMC, the new space will make it easier and more convenient for patients to receive care.

“Accessibility was difficult for some patients at the Snow Hill Road office,” he said, noting Woodbrooke’s convenient location off Route 50.

With additional square footage, PRMC is able to offer blood draws inside the office, saving patients time and effort.

“This new building is essentially a neurosciences center designed for the comprehensive care of patients with neurological diseases,’ said Shakur. “I am absolutely excited.”

It’s not the first new space Peninsula Regional has invested in for the care of neurosurgery patients. In February, PRMC opened a brand-new operating room that integrates medical imaging to allow physicians to perform minimally invasive neurosurgery – the first room of its kind in the region. The closest similar hybrid operating room is located in Philadelphia.

“For many years, SU’s students have committed themselves to a tradition of excellence and success,” said Dr. Karen Olmstead, SU interim provost and senior vice president of academic affairs. “U.S. News’ continued ranking of Salisbury among the nation’s best academic institutions is validation that our hard-working faculty and staff continue to build upon this commitment and provide a quality educational experience.”

Other publications also have taken note of what SU has to offer. This summer, SU was again named among “The Best Colleges for Your Money” by Money magazine and a “Best Bang for the Buck” college by Washington Monthly.

In August, The Princeton Review named SU one of its Best 384 Colleges for the 20th consecutive year. The Princeton Review’s list is compiled through a combination of statistical analysis, campus visits and student surveys. Its rankings represent the top 15 percent of colleges and universities, both public and private, in the nation.