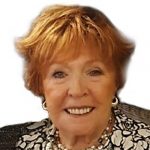 Born in Fredericksburg, Va., she was the daughter of the late Roy A. and Madge Atkinson Brooks. She was preceded in death by her husband, Carl R. Seal, retired USAF, in 2014. Surviving are her children, Denise Meng and her husband Don of Atlanta, Ga., Diane Seal, and Deb Travers both of Ocean City, and Dawn Cornish and her husband Steve of Frederick. She was an adored Nana to Zach Seal, Mandi Meng and husband Scott Kotchko, Matt Meng and wife Courtney, Charlie and Brooks Travers, Joe, Tom and Richard Cornish and great-granddaughter Luna Meng. Also surviving are her brothers Burt Brooks and wife Bea, Wayne Brooks and wife Kay of Fredericksburg, Va. as well as her nieces and nephews.

Barbara was an amazing woman who never met a stranger. She spent her life raising a strong and loving family while enjoying a successful real estate career. She was active in the local real estate community for over 30 years with Gulfstream and Monogram builders. She was a board member of Delmarva Development Association and vice president of Developers of Ocean City. She was involved in many community activities such as serving as a founding member of the annual Grand Ball committee. She enjoyed spending time with her family and friends, reading and shopping. She attended Ocean Pines Community Church.

A memorial service will be held on Sunday, Sept. 23, at 2 p.m. at the Burbage Funeral Home in Berlin. Rev. Boyd Etter will officiate. Friends may call one hour prior to the service. Interment will be in Arlington Cemetery at a later date. Donations in her memory may be made to Coastal Hospice, P.O. Box 1733, Salisbury, Md. 21804, or Community Church at Ocean Pines “Little Lambs,” 11227 Racetrack Rd., Berlin, Md. 21811. Letters of condolence may be sent via www.burbagefuneralhome.com. 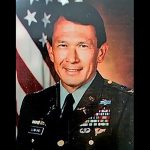 He grew up in both Hilo and Oahu, while attending Kamehameha School (class of 1964). He went on to graduate from the University of Hawaii and commissioned as an Officer in the United States Army on March 8, 1969. He served in Vietnam where he fought side by side with the Army of the Republic of Vietnam (ARVN) in 1971 and 1972.

He finished his military career, retiring as a Colonel on Jan. 31, 1999, with 30 years of selfless service.

After retiring he worked as a Program Manager on a variety of government contracts in the Washington DC area.

He enjoyed life to the fullest, riding his Harleys, traveling the world, living at the beach and spending quality time with family. He was a natural leader, highly educated, a honest and loving father and always had an infectious smile.

Bobby passed away peacefully at his son’s home with family and his partner Barbara McCullen, after a yearlong battle with cancer on Sept. 1, 2018.

He is survived by two sons, Todd Keahi LumHo and wife Ginell of Earlysville, Va. and Matthew Kekoa LumHo and wife Delilah of Fairfax Station, Va.; his three grandchildren, Kailani, Kekoa and Keahi; and his sisters Nadine Duras of Tacoma, Washington and husband Greg, and Cindy Ahia and husband Nelson of Hilo, Hawaii. 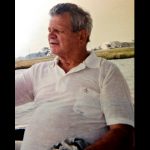 William was born on June 4, 1927 in Loudoun County, Va. He was the son of the late Calvin S. Crim and Edythe V. (Potts) Crim. He was predeceased by siblings Ariel Clifton, Mildred Gettings, Frank and James. Surviving siblings include Calvin, Milton, and Barbara Robinson, as well as many nephews and nieces. William was a veteran of World War II, serving in the Navy, where he earned several medals. He worked for Grand Union and the USDA. William spent a lot of time in Ocean City and Fenwick Island, Del. where you could find him on his boat crabbing and fishing.

Services were held at Pumphrey’s Funeral Home in Rockville on Wednesday, Sept. 12, 2018. Buriall immediately followed at Parklawn Memorial Park Cemetery. In lieu of flowers, memorial contributions may be made to Operation Homefront and Home for Our Troops. 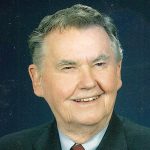 He was born on May 2, 1930 in Delmar, a son of the late Helen M. and Frank W. Baker, Sr. He graduated from Delmar High School in 1948, University of Delaware in 1952 with a BA in History. Fred received his Master’s Degree in English from University of Delaware in 1979.  Fred served as a Lieutenant JG in the US Navy from 1953 through 1957, stationed for much of that time in Hawaii. He married the former Barbara Ann Schumacher on Nov. 15, 1956. They were married for 42 years, until the time of her death, August of 1998. Fred spent the majority of his career as an English instructor at Delaware Technical and Community College in Georgetown, Del.. His teaching style influenced many students. He retired as English Department chair in 1991.

Fred and his wife, Barbara, were the owner and proprietors of the Columbus Villa apartments and commercial property on 6th Street in Ocean City.

Fred spent the last 20 years of his life enjoying time with friends, keeping physically fit through cardiac rehab at PRMC and thrift shopping on the Eastern Shore. Through his retirement, GDad spent many hours with his grandchildren, taking them to various sports activities, feeding them at many restaurants, and entertaining them with his personal brand of humor.

He is survived by his children, Fred H. Baker, Jr. of Delmar and Paula Baker Coulbourn and her husband, S. Brent of Seaford; grandchildren Spencer B. Coulbourn, Jr., Elizabeth A. Coulbourn, Olivia S. Baker, Liam A. Baker, and Benjamin A. S. Baker; and a daughter-in-law, Michelle Baker. Fred is also survived by his sister-in-law, Patricia S. Oliphant and husband, Ronald; and their children Veronica O Faust, and Paul J. Oliphant, as well as many other cherished members of Fred and Barbara’s extensive family.

In addition to his parents, he was preceded in death by his wife, Barbara Ann Baker; a brother, Frank W. Baker, Jr.; and a sister, June Baker Rawlins.

A funeral service will be held at 11 a.m. on Friday, Sept. 14, 2018 at St. Stephens United Methodist Church, State Street in Delmar, where a visitation will be held one hour prior to the service. The Reverend Phyllis Walton will officiate. Interment will follow the service in St. Stephens Cemetery.

In memory of Mr. Baker, contributions may be sent to the American Cancer Society, an organization that is very special to the family. 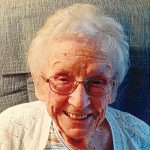 Mrs. Eby was a graduate of Thurmont High School and State Teachers College in Frostburg Class of 1944, and member of Delta Kappa Gamma Sorority. Beulah was a school teacher and after moving to Ocean City in 1950, taught for many years in many elementary schools around Worcester County. She was musically gifted and played the piano and organ at church and her Lions Club. An avid square dancer and member of Promenader’s Square Dance Group, she danced at President Carter’s Inaugural Square dance party in 1977. She was a member of the First Presbyterian Church of Ocean City, Anchor Christian Church of Bonita Springs, FL, and The Bonita Springs Lions Club. She was given the Helen Keller Award, and Melvin Jones Award in Lions Club. Beulah always felt blessed and was thankful for the full life she had with her husband and children and the many friends who loved her. The family would like to express sincere gratitude to Denise Scott and all the caregivers and staff of the Woodlands in Ocean Pines and also Coastal Hospice.

Services were held. A donation in her memory may be made to: Coastal Hospice, P.O. Box 1733, Salisbury, Md. 21804, The First Presbyterian Church, 1301 Philadelphia Ave., Ocean City, Md. 21842 and Bonita Springs Lions Club, 10346 Pennsylvania Avenue, Bonita Springs, Fla. 34135. Letters of condolence may be sent via: www.burbagefuneralhome.com.

OCEAN CITY — Elizabeth “Betty” Anne Nock, age 76, passed away on Tuesday, Sept. 11, 2018 at Coastal Hospice at the Lake in Salisbury surrounded by friends and family. 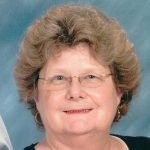 Mrs. Nock was a graduate of Northborough High School Class of 1959, and attended Northeastern University. She and her husband were owner/operators of the Nock Apartments in Ocean City, and she worked as the last Chick Placement Coordinator (before computers took over) for Perdue Farms. (AKA Biddy Lady). Betty was an avid duplicate bridge player obtaining the rank of Silver Life Master and member of the ACBL American Contract Bridge league, Ladies Auxiliary Sinepuxent American Legion Post #166 in Ocean City, Daughters of the American Revolution, and Atlantic United Methodist Church. She loved Disney, traveling around Europe, and reading.

A funeral service will be held on Wednesday, Sept. 19 at 2 p.m. at Atlantic United Methodist Church in Ocean City Friends may call one hour prior to the service. Rev. Patty Frick will officiate. Interment will follow in Evergreen Cemetery near Berlin.. A donation in her memory may be sent to Hackerman-Patz Patient Family Housing, 301 N. Broadway, Baltimore, Md. 21231, or the Sidney Kimmel Comprehensive Cancer Center, 401 N Broadway, Baltimore, Md. 21287. Letters of condolence may be sent via: www.burbagefuneralhome.com . Arrangements are in the care of the Burbage Funeral Home in Berlin.