ASSATEAGUE — A local man, dubbed OC Shark Hunter, was charged over the weekend with guiding fishing trips without a license after Maryland Natural Resources Police (NRP) officers were able to determine he had been allegedly offering paid fishing excursions on Assateague. 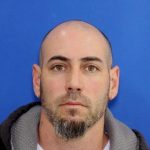 Nicholas Ager, 42, of Willards, was cited after a two-month investigation into complaints about offers of paid shark-fishing excursions on Assateague Island. NRP officers were able to identify Ager as the unlicensed guide and administrator of “OC Shark Hunter” social media accounts on Facebook and Instagram.

The social media accounts had been reported to NRP officers for allegedly displaying pictures of Ager with illegally-beached species of sharks taken from the waters off Worcester County. Undercover NRP officers booked a trip with Ager for $750 to catch large shark species from the Over-Sand Vehicle (OSV) portion of Assateague.

After confirming the excursion, undercover NRP officers found Ager waiting for them at the arranged time and place. In addition to the state charges of guiding fishing trips without a license, Ager also faces federal charges for operating a business on public land without a permit. If found guilty of the state charges, Ager could face a year in jail and a fine of up to $1,000. No court date has been set yet.