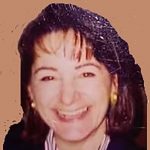 Born in Syracuse, N.Y., she was the daughter of the late Robert and Sona Aiqouni Miller. She was preceded in death by her husband, Richard Martin. Surviving, are her sons, Russell Guy Martin and his wife Jamie Lynn and Douglas Reed Martin all of Chambersburg, Pa., and step-mother Diane Miller of Pittsburgh, Pa. There are two grandchildren, Kara Alyse Martin, and Hailey Paige Martin. Also surviving is her brother, Robert Miller of Glendale, Ariz.; sister Ann Miller Hall of Lancaster, Pa.; step-sister, Colleen Miller of Pittsburgh, Pa., and several nieces and nephews.

Seta was loving and gifted, she lived her life to serve others. Her early career was spent in the Chambersburg Hospital ER, where her co-workers called her “Miss Hospitality” for her warm demeanor and ability to make others feel comfortable and cared for.  Seta and Rick moved from Chambersburg to Ocean City in 2004. In her later years, after surviving breast cancer, she became a certified yoga and fitness instructor. She was a source of light to everyone she knew, and saw the good in every person she met.

A service will be scheduled at a later date in Chambersburg, Pa. and Ocean City. A donation in her memory may be made to the Worcester County Humane Society, P.O. Box 48, Berlin, Md. 21811. Letters of condolence may be sent via: www.burbagefuneralhome.com. Arrangements are in the care of the Burbage Funeral Home in Berlin.