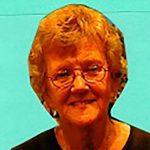 She was born in Hurlock to the late Dewey and Delma Fisher. For 58 years, she was married to her high school sweetheart B.G. (Billy) Smith. They lived on their family farm in the St. Martins area of Berlin since 1968. The family owned and operated the Sea Isle Motel for many years. Mary retired from the Worcester Co. Health Department. She was a member of Buckingham Presbyterian Church, Berlin, Md.

In lieu of flowers donations may be made to the Dale Cemetery, attn. Maintenance Fund, PO Box 13, Whaleyville, Md. 21872.

Letters of condolences may be sent via www.burbagefuneralhome.com .

Arrangements are in the care of the Burbage Funeral Home in Berlin.

BERLIN — Michael Richard Truitt, age 59, of Berlin, passed on Friday, Aug. 10, 2018 at home after a courageous battle with cancer. 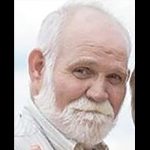 Michael was born in Salisbury and he was raised on the Riddle Farm. He was the son of the late Robert William and Doris M. (Baker) Truitt.

Mike retired from Perdue as a diesel mechanic. He was a member of SonRise Church where he was a devoted servant and was involved in many ministries there. Mike had a true servant heart and loved his church family. He was an avid bowler, having been on several leagues in Ocean City and Millsboro. He was a fan of Nascar, his favorite driver was Rusty Wallace. In earlier years he was involved in training horses in Maryland and New Jersey.

He was preceded in death by two brothers, Bobby Truitt and Harley Truitt.