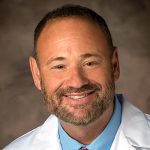 Perella is a board-certified pulmonologist with more than 18 years of experience in inpatient critical care as well as treatment of acute and chronic lung conditions in the office setting.

Perella joined the medical staff of Atlantic General Hospital in 2006 to provide intensivist care and outpatient pulmonary care, serving the Pocomoke community on a part-time basis for the past nine years. In June, he joined Atlantic General Primary and Specialty Care in West Fenwick, Del., and will provide care in both locations going forward.

Perella earned his medical degree at Universidad Autonoma De Guadalajara. He completed a pulmonary and critical care fellowship and his residency in internal medicine at Cooper University Hospital through the Robert Wood Johnson Medical School in Camden, N.J. Perella is a member of the American College of Chest Physicians, the Society of Critical Medicine, and the American College of Physicians.

He is board certified in internal medicine, critical care and pulmonology. He is currently accepting new patients in his office at Atlantic General Primary and Specialty Care in West Fenwick, Del., providing treatment for unexplained shortness of breath or cough, difficult-to-control asthma, COPD, sleep disorders, and interstitial lung diseases as well as screening for lung cancer. Perella also sees patients one day a week at Atlantic General Health System’s Pocomoke office.

SALISBURY – Wesley Cox, CCIM, Senior Advisor with SVN-Miller Commercial Real Estate, recently leased 3,400 square feet in the Aydelotte Commons Strip Center to Corelife of Delmarva, bringing the center to full occupancy. Wesley facilitated the negotiations between the landlord and tenant as well as the buildout of the space, which was transitioned from a gym to professional office space. Gillis Gilkerson, the general contractor, was instrumental in preparing the space for Corelife and delivering the finished product on time and under budget.

This is the second new lease Wesley has placed at Aydelotte Commons. Originally, Wesley sold this property to an investor in need of completing a 1031 tax-deferred exchange and has since worked with the client to reach a 100% occupancy rate. The landlord for the property said, “Since purchasing this property I have been extremely pleased by Wesley’s work ethic. He went above and beyond the normal duties of a broker and has consistently been able to create solutions to problems that have arisen. Wesley’s efforts have helped me achieve my goals and I would recommend him to anyone looking for commercial real estate brokerage services.”

The mission of Corelife is to enhance the total health of our community by providing a comprehensive, compassionate and tailored approach to BMI optimization and lifestyle modification through the coordinated management of medical, nutrition, exercise and behavior disciplines.

SALISBURY — As director of the honors program at Southern New Hampshire University (SNHU), Dr. Andrew Martino enjoyed serving a campus where “everybody knew everybody else.”

He hopes to achieve that same sense of familiarity at Salisbury University, where he recently became dean of the SU Honors College. 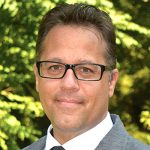 “Salisbury was a place that was always on my radar,” he said, noting connections with the college’s founding dean, Dr. James Buss, and other colleagues and acquaintances who taught at SU. “Now seems like a really good time to be at SU.”

Martino earned his Ph.D. in comparative literature in 2003 from Binghamton University (SUNY), where he also completed his B.A. and M.A. in English. He began his career with SNHU’s English Department in 2005. He also has extensive engagement with the regional and national honors community, having served as president of the Northeastern Regional Honors Council from 2016-2017 and on the National Collegiate Honors Council Publications Board. He served as director of the SNHU honors program from 2010-2018.

Martino’s arrival coincides with other new leadership on campus and in the community. SU recently welcomed a new president, Dr. Charles Wight, and a new dean of its Samuel W. and Marilyn C. Seidel School of Education and Professional Studies, Dr. Laurie Henry. That school’s former interim dean, Dr. Kelly Fiala, also is settling into a new role as transitional dean of the recently established College of Health and Human Services.