FENWICK ISLAND — A Washington, D.C. area doctor killed in a personal watercraft collision in the Assawoman Bay near Fenwick last Saturday afternoon is being fondly remembered this week.

Around 1:40 p.m. on Saturday, emergency services in both Delaware and Ocean City responded to a personal watercraft collision on Roy’s Creek off Assawoman Bay behind Fenwick Island.

The investigation revealed a PWC operated by Dr. Stephen Greenhouse, 53, of Bethesda, Md., collided with another PWC. Greenhouse was transported to Atlantic General Hospital in Berlin where he was later pronounced deceased. His body was turned over to the Maryland State Medical Examiner’s Office, which will determine the cause of death.

The collision is still under investigation by the Delaware Department of Natural Resources and Environmental Control (DNREC) Police. DNREC Fish and Wildlife Natural Resources Police have said alcohol was not a contributing factor in the fatal PWC accident

Greenhouse was a doctor at the Shady Grove Fertility (SGF) medical offices in the Washington, D.C. area. The facility’s website this week included a statement remembering his dedication to his practice and his patients. 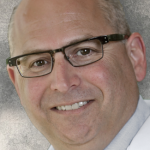 “Steve will be remembered at SGF and in the Washington, D.C. medical community by the thousands of lives he touched in both small and large ways,” the facility’s statement reads. “His passion for medicine and for his patients was a driving force behind Steve’s professional life. His patients appreciated his expertise and loved him for his generosity of time and attention during a difficult period in their lives.”

The SGF website statement also touched on the personal aspects of Greenhouse’s life.

“On a personal level, Steve was a dedicated father, husband, son and brother,” the statement reads. “He had many friends and was always ready to share a story from the last family bike trip or other vacation, or the latest book he read. Steve was also a quiet, but involved philanthropist, working to advance the causes he and his family valued.”

In a statement on behalf of his family, family member Deborah Greenhouse touched on a life cut short and the rich legacy he leaves behind.

“Stephen was truly one of the good guys,” the statement reads. “An amazing dad, husband, son, brother and doctor. If I have learned nothing else from the past few dreadful days, I have learned that life is short. Family matters. If you care about someone, tell them. Stephen legacy will be his family continuing to do great things, along with all of the families made complete with children because Stephen was there to help them. Not many people get to leave a legacy like that.”