SNOW HILL — A beleaguered former Berlin Town Council member and butcher shop owner was sentenced on Tuesday to five years in jail with all but 18 months suspended in two separate cases of theft from a north-end Ocean City grocery store and issuing bad checks to one of her purveyors.

In August 2017, the Ocean City Police Department (OCPD) began an investigation into the alleged theft of large quantities of meat from the Acme grocery store in the resort by Berlin Butcher Shop owner and former town councilmember Lisa Hall, now 60, of Berlin. According to OCPD officials at the time, Hall was initially suspected of buying cases of various meat products from the Acme in Ocean City and then repackaging it and reselling it at her shop in Berlin, which, among other things, violated health code rules that govern food-selling operations.

However, it later came to light Hall was picking up meat orders from the Acme in Ocean City and not paying for them. In those cases, store cashiers, uncertain if Hall had made prior payment arrangements, allowed the butcher shop owner to leave the store with large meat orders without paying for them. Four months after that investigation, Hall was formally charged with four counts of theft less than $1,000 and one count of theft scheme from $1,000 to under $10,000. 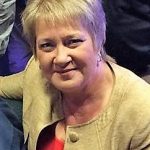 The other shoe dropped for Hall in September 2017 when charges were filed against the former butcher shop owner by a meat supply company alleging she knowingly wrote bad checks with insufficient funds for meat deliveries at her defunct Berlin butcher shop. C&C Meat Sales filed charges alleging Hall wrote a check for one delivery in April 2017 totaling $2,836 and another in May 2017 totaling $2,415, both of which were returned for non-sufficient funds. The meat purveyor filed charges after the  attempts to have Hall make good on the bounced checks, including a certified letter signed by the defendant, were unsuccessful.

In May, Hall entered Alford pleas in both of the cases against her, including the theft of meat from Acme and the bounced checks provided to the meat purveyor. In an Alford plea, a defendant does not plead guilty, but acknowledges the state has enough evidence to prosecute a case. Sentencing was deferred after Hall’s pleas in May.

Back in Worcester County Circuit Court on Tuesday, Hall was sentenced to five years in the Acme theft case with all but 18 months suspended. She was also placed on supervised probation for three years upon her release. For the issuing bad checks plea, Hall received the exact same sentence which will be served concurrently.