OCEAN CITY — An Ocean City man who robbed a north-end resort bank at gunpoint in August 2016 was sentenced this week in federal court to eight years and prison and was ordered to pay over $9,000 in restitution.

Tyrone D. Pierce, 60, of Ocean City was sentenced in federal court on Tuesday to eight years in federal prison for brandishing a handgun and robbing a north-end resort bank two years ago. Pierce was also placed on supervised probation for five years upon his release from federal prison and was ordered to pay $9,169 in restitution to the Bank of Ocean City.

According to his plea agreement, on Aug, 24, 2016, Pierce, who was then employed at an Ocean City motel, parked a vehicle in a commercial parking lot near the bank. Pierce, who was clearly wearing a fake beard, was seen by pedestrians and motorists on the busy late summer day as he walked a circuitous route to the entrance of the bank. 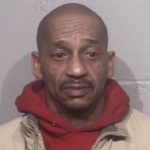 Upon entering the bank, Pierce pulled out a semi-automatic handgun and pointed it at one of the tellers and threatened to shoot the teller if she did not comply with his demands for money. Pierce reportedly also told bank staffers there was a bomb near the drive-through window, although no such device was found.

Pierce then took cash and left the bank, inadvertently leaving a glove on the counter that he had removed during the robbery. Crime scene investigators recovered the glove and were able to obtain a DNA sample. In January 2017, a DNA analysis on the glove left at the scene of the bank robbery was matched to Pierce, who had a 1999 conviction for bank robbery in Salisbury and had previously submitted a DNA sample.