Born in Newark, she was the daughter of the late Elisha Maurice Jones and Emily Dennis Jones. She was preceded in death by her husband, David Franklin Wheaton, Sr., in 2012. 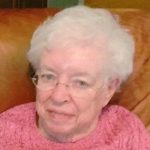 Surviving are her sons, David F. Wheaton, Jr. and his wife Terry of Newark, and Michael Wheaton of Berlin; four grandchildren, Michelle Adkins, Brittany Wheaton, Claire Wheaton and Marissa Wheaton; and one great-granddaughter, Amara Smack. Also surviving is a brother, Robert Maurice Jones and his wife Edna of Snow Hill; a sister, Barbara McBride of Florida; and several nieces and nephews. Preceding her in death was a sister, Emily Dell Jones.

Mrs. Wheaton was a graduate of Snow Hill High School and had been employed with the Worcester County Board of Education as a teacher for 37 years. She was a member of Spence Baptist Church in Snow Hill. In her spare times, she loved taking vacations with her grandchildren, and was an avid Orioles fan.

Letters of condolence may be sent via www.burbagefuneralhome.com

SHOWELL — Norman J. “Boardwalk Elvis” Webb, age 78, of Showell, died Saturday, June 16, 2018 at home. He was born in Bishopville and was the son of the late Virgil James and Catherine L. (Mitchell) Webb. 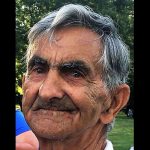 He had worked for many years for Bunting’s Nurseries and also Oliver Smith Farms.

Norman was well known and will be fondly remembered as an Ocean City icon. On any given day he could be seen in Ocean Pines riding his bike along Route 589, waving to his numerous fans. He had a special way of touching the lives of thousands of people.

He is survived by two brothers, Virgil L. Webb and wife Joan of Showell and Joshua B. Webb of Whaleyville, and many nieces and nephews.

In addition to his parents, he was preceded in death by his brothers, Harry W. Webb and John A. Webb Sr., and a sister, Audrey W. Topping; his sisters-in-law, Mary Webb and Patricia Webb; and a brother-in-law, Robert Topping.

Services were held on Thursday, June 21 at Bishop-Hastings Funeral Home in Selbyville. Burial was in Redmen’s Cemetery in Selbyville. 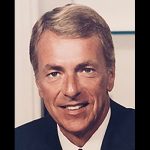 Raised in Baltimore, he was the son of the late Frederick and Mary McKenzie Wilde. He is survived by his sons, Hugh F. Wilde, Jr. and his wife Toni of Bishopville, and J. Ross Wilde and his wife Cindi of Ocean City, and his longtime companion Lina Perez-Mera. There are four grandsons, Ryan F. Wilde, J.T. Wilde, Zachary F. Wilde and Joshua P. Wilde. Preceding him in death was his former wife, Patricia Cropper Wilde.

Mr. Wilde had served in the United States Air Force during the Korean War. During his service in Washington, DC, he was part of a two-person honor guard for dignitaries such as Winston Churchill, Dwight D. Eisenhower and Queen Elizabeth.  He was an underwriter for the Insurance Company of North America and also sold insurance for Metropolitan Life Insurance. In 1962, he built the Flamingo Motel in Ocean City, the Dunes in ‘63, the Sahara in ‘64, the Thunderbird in ’67, the Beachmark in ‘70 the Executive in ’71, the Tides in ’72, the Tides Annex in ’74, and the Sahara West in ’81.

He served on the Board of Directors at Calvin B. Taylor Bank, and was President from 1969 until 1971 of the Ocean City Golf and Yacht Club. He was a member St. Paul’s Episcopal Church. Recruited by his friend Ray Coates, Sr., together they started the Berlin Little League. In 2001, he founded The Wilde Charitable Foundation, which contributes to local and national charities.

A funeral service will be held on Sunday, June 24 at 2 p.m. at St. Paul’s Episcopal Church in Berlin. Rev. Michael Moyer will officiate. Friends may call on Saturday, June 23 from 6-8 p.m. at the Burbage Funeral Home in Berlin. Entombment will be private for the family.

A donation in his memory may be made to Coastal Hospice, P.O. Box 1733, Salisbury, Md. 21804 or Alzheimer’s Association, 1850 York Rd. Suite D, Timonium, Md. 21093. Letters of condolence may be sent via www.burbagefuneralhome.com.