Through Salisbury-based Athlete Academy, the Seaford, Del. native hopes to impart that philosophy to local youth and athletes of all ages.

Opened earlier this year, The Athlete Academy specializes in fitness and training for children and young athletes. The idea, Revel said, is to instill ideals in kids about exercise, healthy eating and character that can be used in everyday life, then nurture those habits through adulthood.

“What sets us apart is that we care about our athletes,” he said. “It’s our culture. We’re not just training them to be good for this weekend or this tournament. We’re showing them a path.”

In addition, Revel received $1,000 by advancing in the first round of competitions, the “Invest in My Idea” poster presentation. He placed first in the second round of the competitions, the “Gull Cage,” winning $4,000. In the Gull Cage, participants give a Shark Tank-like elevator pitch to local business leaders.

Through the event’s “competition within a competition,” he also earned two Business Sector Awards — the $1,000 SWED Choice Award, presented by Salisbury-Wicomico Economic Development, and the $5,000 City of Salisbury Award ($3,000 grant to establish the business in Salisbury plus $2,000 in business services).

In all, Revel left the Entrepreneurship Competitions with some $31,000 in cash awards and services. The day before, he received $15,000 through SU’s Philip E. and Carole R. Ratcliffe Foundation Shore Hatchery entrepreneurship competition for business startups throughout the Mid-Atlantic.

A record 51 teams, representing each of SU’s academic divisions, entered this year’s competitions, up slightly from 2017. While Revel graduated in December, he joined 30 percent of teams including students from outside the Perdue School. Fifty percent of this year’s Gull Cage winners were from the Seidel School, Charles R. and Martha N. Fulton School of Liberal Arts, and Richard A. Henson School of Science and Technology. Sixty-six percent of this year’s Bernstein Award winners were from the Seidel and Henson schools. 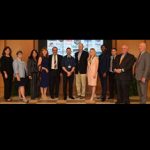 William Burke, SU executive director for economic development and director of the Entrepreneurship Competitions, attributed the increases in part to a university-wide campaign to inform and encourage those enrolled in all of SU’s schools and colleges to participate in the competitions and use the resources available to them for preparing their entry. These include the Perdue School’s new Innovation, Entrepreneurship and Economic Development Hub (the Hub), which opened in 2017.

“Our reach and support from the entrepreneurship ecosystem, campus and business community at large is impressive,” Burke said.

The Business Sector Awards allow individuals, groups and organizations to select their own winners in SU’s competition format.

Two campus organizations introduced new awards this year: The Office of Institutional Equity sponsored the $1,000 Diversity Award (some 56 percent of “Invest in My Idea” winners and 66 percent of Bernstein Award finalists identified as diverse), and the SU Veteran Services Office partnered with Roger Martinson of Edward Jones for the new SU Veteran Services/Edward Jones Award for a student business connected to the military or active/inactive military member ($250 cash and $750 in financial services).

Placing second in the Bernstein round was Cupcakes by Frosted, an Ocean City-based bakery founded by SU freshman Entrepreneurship Living Learning Community member and management major Lindsay Jones, who earned some $15,500 in cash, awards and services, including the Whitespace Group Award, which consists of $1,500 in marketing and branding services. Started four years ago, the bakery has produced cupcakes for individual and corporate clients including SU, Marriott and Hardwire, LLC.

Valkyrie Software Solutions, a digital technology company proposed by sophomore computer science major Cameron Kane of Silver Spring, placed third in the Bernstein round, taking home a total prize package of $9,000 in cash, awards and services, including the Diversity Award. Prior to winning at the competitions, Kane earned an SU Research Grant to develop data he plans to turn into an on-screen display representing audio cues from video games for players with hearing impairment.

Bernstein finalist Joseph Palmer, a senior information systems major from Madison, N.J., also proposed a solution for video gamers. His JK3 Technology developed a color-changing LED light system that would be installed behind monitors to help reduce eye-strain during long periods of play. He earned $2,000 in cash during the competitions’ earlier rounds.

In addition to the four finalists, 11 other business plans received $1,000 each during the “Invest in My Idea” round. Regardless of whether their proposals were selected for funding, all participants had the opportunity to win raffles with prizes donated by BeachUm, Burley Oak Brewing Co., Dogfish Head Brewery, Evolution Craft Brewing Co., Plakthat.com, Rommel’s ACE Hardware and Shore Cycles.

During the final awards ceremony, the local business leaders who volunteered their time as judges praised the students’ efforts.

“I know my father would be proud,” said Kevin Bernstein, vice president of LWRC International, LLC, whose father, Richard, established the Bernstein Achievement Award for Excellence in 1986. “Every year it gets better and better.”