SALISBURY — Joseph Edward Woroniecki, age 65, passed away on Wednesday, April 25, 2018 at the Cancer Treatment Center of America in Philadelphia. 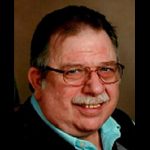 Joseph was a member of Grace United Methodist Church, Boggs-Disharoon American Legion Post #123 of Berlin, and VFW # 2996 of Powellville. He loved fishing, rabbit hunting, traveling with Shirley, and attending all his children and grandchildren’s events.

A funeral service will be held at First Baptist Church in Berlin on Friday, May 4, at 11 a.m. Visitation will be one hour prior to the service. Officiating will be Pastor Harry Weir. Interment will follow at Eastern Shore Veterans Cemetery in Hurlock at 2 p.m. Arrangements are in the care of the Burbage Funeral Home in Berlin.

In lieu of flowers, contributions may be made to the “Steeple Fund” Grace United Methodist Church, 635 East Church Street, Salisbury Md. 21804. Letters of condolence may be sent to the family at www.burbagefuneralhome.com. 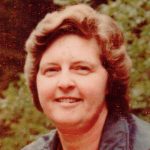 Born in Salisbury, she was the daughter of the late Ernest W. and Olevia E. Mitchell Wilkins. She is survived by her husband, Lloyd E.”Eddie” Jester, Jr., and children, Theresa Burbage and her husband Danny of Berlin, Sue Gates of Berlin, and Stacey Jester also of Berlin; step-daughters Dana Gravenor of Georgetown, Del. and Tammi Jester of Novato, Calif.; and step-son James “Jay” Jester of Ocean City. There are five grandchildren, Alan Stewart, Aaron Stewart, step-grandson Paul Starkey, step-granddaughters Kylie Clark and Jenna Clark. She was preceded in death by a daughter, Dawn Adkins, and a brother, Terry Wilkins. Also surviving are numerous great-grandchildren and her “brothers and sisters” at Lighthouse Church of God.

Kay had been a homemaker but also owner/operator of Kng’s Castle Bookstore in Ocean City. She also worked in the office alongside her husband Eddie, at the family-owned Sportland Arcade on the Boardwalk in Ocean City. She enjoyed cooking, canning and traveling.

A funeral service was held on Thursday, May 3 at the Burbage Funeral Home in Berlin. Revs. Ron and Nancy Soulsman and Rev. Theo Hobbs officiated. Interment followed in Buckingham Cemetery. A donation in her memory may be made to Lighthouse Church of God, 11742 Sinepuxent Rd., Berlin, Md. 21811. Letters of condolence may be sent via www.burbagefuneralhome.com.

OCEAN PINES — Charles A. Wagner, 90, died peacefully on April 22, 2018 after complications from Non Hodgkin’s Lymphoma at Gilchrist Hospice in Towson. 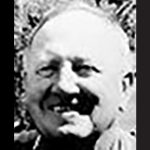 Charlie was born in Baltimore and attended Forest Park High School and was a 1953 graduate from Loyola College where he earned varsity letters in lacrosse. He went on to play for the Maryland Lacrosse Club for 10 years. He worked diligently to promote the sport of lacrosse while coaching in the Loch Raven rec program until 1972 winning multiple state championships. Charlie held increasing levels of responsibility with British Petroleum (BP) over a 33 year career, relocated to Atlanta in 1972 and then to Naperville, Ill. in 1975.

He retired from BP Oil in 1986 and moved to Ocean Pines where he was an active member of the Ocean Pines Golf Club throughout his retirement. He enjoyed golfing, boating, fishing, and spending time with family and friends. Charlie loved his family and will be missed by all.
A memorial service will be held on a future date this summer at St. John Neumann Catholic Church in Berlin. In lieu of flowers, the family requests donations on behalf of Charles Wagner to the American Cancer Society 800-227-2345 or www.cancer.org. The family of Charles Wagner wishes to thank the wonderful staff at GBMC, Levindale and Gilchrist Hospice for their assistance and support. 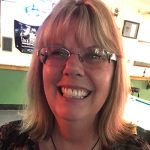 Sue had been promoted to Human Resources last year at Ocean Downs Casino after celebrating five years with the company. She was previously their credit representative and had also worked as cage cashier/main banker. For 11 years prior, Sue was employed with Home Mortgage Services as office manager.

She is survived by her children, Joseph Turci, Jr. and Lisa Turci,, whom she loved dearly. She was very proud of them. Sue is also survived by her brother, Thomas Spafford of North Carolina and longtime friend, Tammy D’Amico Burch of Florida. She is predeceased by her mother, Dorothy Ball Spafford, and beloved aunt and uncle, Mable and Lawrence King.

Sue made her way into the hearts of everyone she met with her contagious, beautiful smile and welcoming personality. She will be sorely missed by those privileged enough to call her their friend, especially her close circle of local friends.