OCEAN CITY —The Mark Fritschle Group At Condominium Realty, LTD have announced their listing, and sales leaders for March.

“We’re extremely proud of our top-performing sales professionals and what they’ve accomplished, both for their clients and for themselves” said Kevin Wiles, president & CEO, Mid-Atlantic region. “These awards are a testament to the hard work they put in and their dedication to their clients. We are committed to supporting them as they continue their pursuit of excellence.”

The company made the announcement at their annual Sales Rally and Awards, held on March 15 at the MGM National Harbor. Among the speakers at the event were award-winning real estate coach Jared James, Quest Nutrition co-founder Tom Bilyeu and PenFed Credit Union CEO James Schenck.

The finest craft distilled spirits in the country were evaluated by an expert panel, who in return awarded Bronze, Silver, Gold and Best in Category medals in the categories of American rums, gins, vodkas, brandies, liqueurs, moonshines and whiskeys. Spirits are judged on four main categories: Nose, Palate, Balance and Finish.

OCEAN CITY – D3Corp, a full-service digital marketing agency serving businesses on the Delmarva Peninsula, has announced the acquisition of SURE PR & Marketing, a local public relations firm based in Salisbury. SURE PR owner Jenni Pastusak has been hired as D3’s director of public relations.

“We are excited to engage SURE PR’s clients, continue to offer dynamic services to our current customers, grow the scope of services we offer, and build new business relationships with future clients,” said D3Corp Chief Operating Officer Jay Bosley. “Welcoming Jenni to the D3 team will expand the scope of public relations services we can offer to our existing and new clients.”

“I was attracted to D3’s innovative and creative team approach and the company’s commitment to superior customer service,” said Pastusak. “I look forward to working with the D3 team to help businesses throughout the peninsula sustain, engage, and grow.” 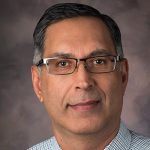 This is another step toward full integration of comprehensive cancer services in Worcester County, which will occur when the John H. “Jack” Burbage, Jr. Regional Cancer Care Center opens in late spring. The agreement is effective March 23 with Jain and his staff continuing to provide care for radiation oncology patients at the Franklin Street office until construction of the new center is complete late this spring.

In addition to offering external beam radiation performed with a linear accelerator to treat a multitude of cancers, Jain also uses high dose rate brachytherapy, an internal radiation therapy that involves insertion of radioactive sources internally near a tumor. This type of therapy is most commonly used in the treatment of certain prostate, GYN and breast cancers.

Jain completed his residency at Mt. Sinai Hospital in New York, with an emphasis on prostate brachytherapy. He earned his medical degree at New York Medical College and is board certified in radiation oncology. He has worked extensively with local breast cancer and prostate cancer support groups to promote the most advanced treatments for these cancers. Jain has also organized multidisciplinary tumor boards at several hospitals, and he currently serves as the chairman of the Cancer Committee at Atlantic General Hospital. He has 18 years of experience.

Atlantic General Hospital and 21st Century Oncology had already formed a strong relationship to better coordinate cancer care in the community, to the benefit of patients receiving care from both facilities over the years. The recent acquisition will make the interaction amongst various members of the cancer team even more effective, and the care and attention patients receive more seamless.

“We are thrilled to have Dr. Jain and his staff on board,” said Michael Franklin, president and CEO of Atlantic General Hospital. “We look forward to having all care for cancer patients under one roof, and on one campus here in Berlin.” 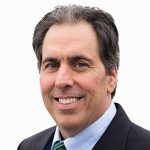 Canakis, a gastroenterologist, has been in private practice in Berlin for 15 years. Samah Ramadan-Nassar, PA-C, joins him in that practice.  Canakis and Ramadan-Nassar, a physician assistant, now become providers within the Peninsula Regional Medical Group, a network of family medicine and specialty care offices in Maryland and Delaware owned and operated by the Peninsula Regional Health System.

Canakis received his medical degree from Temple University.  His internship and residency in internal medicine were completed at Lankenau Hospital in Pennsylvania.  A fellowship in nutrition and metabolism followed at the Hospital of the University of Pennsylvania.  Canakis also completed a fellowship in gastroenterology at Lankenau Hospital.  He is board-certified in internal medicine, gastroenterology subspecialty.

Canakis will continue to see patients at his Berlin practice. He will perform his surgical procedures at the Peninsula Surgery Center in Salisbury.