SALISBURY — Peninsula Regional Medical Center has announced the election of Drs. Simona Eng, Mark Edney and Anthony Adrignolo as officers of the Medical Staff at PRMC. They will each serve a two-year term. 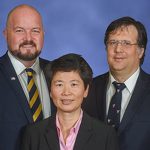 Eng will serve as president. She is a hospitalist at PRMC who joined the PRMC healthcare team in 2001. She is a graduate of the Philadelphia College of Osteopathic Medicine and is board-certified in internal medicine.

Serving as vice president will be Edney, a urologist with Peninsula Urology Associates who joined the Medical Center team in 2004. He is a graduate of the Dartmouth Medical School and is board-certified in urology.

Adrignolo will serve as treasurer/secretary. He is an orthopaedic surgeon with Peninsula Orthopaedic Associates who joined PRMC in 2000. He is a graduate of Yale University’s Medical School who is board-certified in orthopaedic surgery.

The firm will represent clients in a range of legal matters, including but not limited to wills and trusts, estate administration, business formations, sales and purchases of businesses, Medicaid applications, formation of non-profit organizations and representing taxpayers who are in conflict with the IRS (representation can be for a flat fee or on an hourly basis).

After graduating law school with honors and passing the Bar Exam, Batie was initially trained in Atlanta, Ga. by former IRS lawyers at the law firm of Chamberlain Hrdlicka. She then worked for DLA Piper serving clients domestically and internationally. In 2012 she moved home to the Eastern Shore and joined the Salisbury law firm Hearne & Bailey, P.A. where she ran the firm’s estate planning, trust and estate administration practices and conducted many real estate settlements. She also developed the firm’s elder law and Medicaid practices.

The law office is located in the Decatur Business Center on Route 611.

The 2,800-square-foot, free-standing building is anchored by a Shell gas station and includes a self-serve car wash and a drive-through car wash. 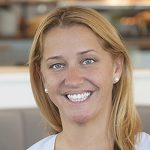 “Shannon is such a dedicated employee,” Kammerer said. “She takes pride in her work and our company, and that shows. She’s been a tremendous asset since the first day she started. I often joke that SoDel and Shannon have grown up together — they share all the same ideals and the same commitment to excellence.”

The new Crisfield Library serves as a community center and information hub for this small waterside community by providing a 21st century facility that offers opportunities to engage with technology and alternative education programs.

The addition and renovations to Snow Hill High School encompassed a complex process which included four phases of construction over a three-year period while the school remained occupied. An intensive planning effort with the School District and High School staff, students, and the citizens of Snow Hill was undertaken to ensure the transformation of the existing 70,000-square-foot facility into a new 130,000-square-foot, state-of-the-art school met their objectives and reflected the needs and feel of the community.