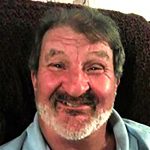 Born in Silver Spring, he was the son of the late Dewitt and Martha Johnson. He is survived by his daughter, Lynda Janet Johnson of Hagerstown, and grandson, Devon Michael Grayson also of Hagerstown.

Mr. Johnson had worked in construction as a heavy equipment operator. He enjoyed bowling and softball, as well as working in his garden and watching the birds.

Cremation followed his death. There will be a memorial service announced at a later date. Letters of condolence may be sent via: www.burbagefuneralhome.com 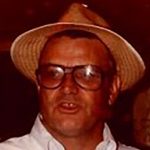 He was a loving and devoted husband, father, grandfather and great grandfather. He is survived by his loving wife of 67 years, Lorraine Jackson; five daughters, Midge Kaplan, Susan Wilson, Lynn Hutzler, Vicky Snelnick, and Lillian Winning; five sons-in-law that he thought of as sons; 13 grandchildren; and 17 great grandchildren. He is also survived by his sisters, Patricia Fegan and Martha Singleton. He is preceded in death by his father, Charles E. Jackson, Sr.; his mother, Mary Gertrude Jackson; his brother, Harold Jackson; and his grandson, Kyle Wilson.

He was filled with kindness and compassion and loved and lived life to the fullest. He graduated from the United States Naval Academy in 1946, served in the United States Navy during WW II, and loved his country all of his life. His greatest love was his precious wife, Lorraine Jackson, who was always by his side, followed by his love for his daughters, children, grandchildren and great grandchildren.

He believed that there was nothing more important than family and nothing made him happier than to be surrounded by his loved ones. He would frequently be heard saying, “Loved you yesterday, love you still, always have and always will.” His family will always hold him in their hearts with the greatest of love, the deepest respect, and the fondest of memories.

A Memorial Service will be held on Saturday, Feb. 17, 2018 at 3 p.m. at the Community Church of Ocean Pines. In lieu of flowers please send donations to Coastal Hospice and Palliative Care at P.O. Box 1733 Salisbury, MD 21802. Arrangements are in the care of the Burbage Funeral Home in Berlin. Letters of condolence may be sent to the family at www.burbagefuneralhome.com. 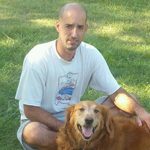 Sean was born in Baltimore on April 5, 1978, and grew up in Severna Park. A member of Severna Park High School’s class of 1996, he later attended Anne Arundel Community College. A plumber by trade, he currently worked for Ocean View Plumbing.

Sean was soulful, thoughtful, creative, and passionate in his pursuits. He loved the ocean, spending most of his childhood summers in Ocean City and Bethany Beach, finally settling in those beach communities as an adult. An avid surfer, he traveled to surfing destinations as often as he could, including Costa Rica and Puerto Rico. Given his Puerto Rican heritage, he especially cherished time spent on the island with his best surfing buddy, his brother Mark. An amateur photographer, Sean’s deeply spiritual side realized expression through his photography, especially when he captured sunsets, coastal horizons and landscapes, and other nature settings. Sean drew inspiration from music, relishing the communion and joyful release of concerts. A confirmed Deadhead who traveled widely to catch Dead and Company on tour, he also deeply appreciated the lyrical poetry and prophetic nature of Bob Dylan’s works. His great affinity for language arts was revealed through his gifted writing as well as the pleasure and opportunity for growth he found in reading. A lifelong animal lover, Sean almost always had a dog companion. He was especially close to his final canine soulmate, Buddy.

A devoted son and brother, Sean is survived by his mother, Suzanne Reese O’Brien of Ocean View, Del., and his brother, Mark Edward O’Brien of Annapolis. His grandfather, Edward A. O’Brien of Chesapeake Beach, and grandmother, Anne O. Kennedy of Bridgeville, Del., also survive him. He was predeceased by his father, John Patrick O’Brien, in 2014. His grandparents, Luther and Leona Reese, also predeceased him. A true family man, he leaves behind his stepdaughters Madyson and Cydney, whom he adored, in addition to many aunts, uncles, and cousins. All who had the honor of being loved by Sean, an unfailingly kind and thoughtful man, will deeply miss him.

Friends and family may visit from 1-3 p.m. on Sunday, Feb. 11, 2018 at Barranco & Sons, P.A. Severna Park Funeral Home, 495 Ritchie Hwy, in Severna Park. A memorial service will be held at the funeral home immediately after visitation hours. In lieu of flowers contributions may be made to the ALS Association DC/MD/VA Chapter, 7507 Standish Place, Rockville, Md., 21205; or the Robert Packard Center for ALS Research, c/o Fund for Johns Hopkins Medicine, 550 North Broadway, Suite 731, Baltimore, Md. 21205.

Online condolences may be made at www.barrancofuneralhome.com