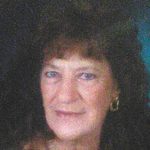 She was born in Goldsboro, N.C. to the late John Thomas and Gladys Vail Goff. She married Ralph Baker, and together they raised a large family. Edith attended Wor-Wic College later in life to become a certified nursing assistant, and worked in health care. She was a member of Snow Hill U.M.C., and also was a member of Elks Lodge 2173 and Dagsboro American Legion Post 24. She loved Bingo, cards, watching her soap opera stories and she was wonderful in telling her own stories from her life. She loved kids and in addition to her own kids, there were many she “adopted” as her own. She was devoted to her family and adored her grandchildren.

She is survived by her children, Vincent Baker of Selbyville, Thomas Baker and wife Linda of Selbyville; Keith Baker and wife Cindi, of Roxana; Janell Baker of Selbyville; and Deborah Whaley of Selbyville. She is also survived by her siblings, Britton Goff and his wife Theresa, of Snow Hill, Jackie Pate and husband Denny, of Pikeville, N.C., Lanell Morene, of Goldsboro, N.C. and Annette LaVie of Roxana. She has a total of eight grandchildren and four great-grandchildren. Also surviving are her “special friends” Madelyn England, Jeannette Hipkins and Toni Palmes.

In addition to her parents, she was preceded in death by her husband, Ralph; a sister, Elizabeth Jenkins; and a grand-daughter, Nichole Baker.

Electronic condolences can be made to www.watsonfh.com. 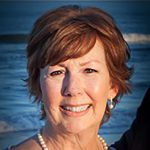 Born in Baltimore, she was the daughter of the late James McCormick and Margaret Goodwin McCormick. She is survived by her husband, Ronald Frederick Dameron; two daughters, Jennifer Hudgins and her husband Ronald Hudgins, Jr. of Whitehall, Md., and Jaclyn Wright and her husband Andrew Smith of The Hague, Netherlands; and stepdaughters, Jennifer Ann Frobenius of Shrewsbury, Pa. and Dawn Margaret Doyle of Lunenburg, Mass. There are seven grandchildren. Also surviving is a sister Pat Cohen and her husband Dr. Edward Cohen of Sparks, Md.

Pamela had been an office manager with Northrup Grumman for many years. She was a member of St. John Neumann Catholic Church. She was also a pool facilitator, and organizer of a farmers market for Ocean Pines. In her spare time, she enjoyed dancing and socializing with her many friends.

A Mass of Christian Burial will be held on Saturday, Dec. 30 at 9:30 a.m. at St. Ursula Catholic Church in Parkville, Md. Friends may call on Friday from 6-8 p.m. at the Evans Funeral Home. Inurnment will take place at a later date in Garden of the Pines Columbarium in Ocean Pines. A donation in her memory may be made to the American Cancer Society, 1315 Mt Hermon Rd., Salisbury, Md. 21804, or St. Jude Children’s Research Hospital, 262 Danny Thomas Place, Memphis, Tenn. 38105. 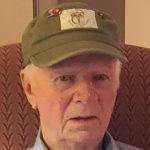 Born in Wardensville, W.Va., he was the son of Dr. Harry West Rollings, Jr and Lillian Lee Yeakle. He was preceded in death by his parents and his wife, Margaret E. Rollings. Ted is survived by his daughter, Judy King and her husband Scott Guay of Ocean Pines; sisters Janet R. Thomas, Mary Lou McQuail and husband William E. McQuail, all of Richmond, Va. Also surviving are grandsons Don, Steve and Jim and their families; niece Sally Goodnight and family; and nephew Stephen McQuail and family.

After graduation from Thomas Jefferson High School, Richmond, Va., Ted “Doc” served as a US Navy Fleet Marine Force Corpsman. His years of service took him from Camp Pendelton, Calif. to Korea and Japan. He later served as a US Deputy Marshall in Richmond, Va.

Following his retirement from the US Federal Government, he resided in Wardensville, W.Va., Stephens City, Va. and later moved to Reedville, Va.

He was a member of the American Legion Post 117 in Reedville, Va. and the VFW Post 2102 in Wardensville, W.Va.

Ted was a great friend to many, an animal lover and avid supporter of the ASPCA.

Ted will be greatly missed, endeared to all and never forgotten

A gathering of friends will be held Jan 12 at 2 p.m. at the American Legion Hall in Reedville, Va. A brief family service and internment will be held Jan 13 at the Macedonia United Methodist Church, White Post, Va. In lieu of flowers, donations may be made to the American Legion Post in   Reedville, Va., the VFW Post in Wardensville, W.Va, the ASPCA or to a charity of your choice. 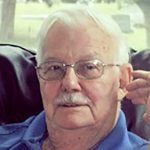 Born in, Camden, N.J., he was the son of the late Raymond Thomas, Sr., and Julia Cecilia Waida Stanton Lorenz. He is survived by his children, Joanne Stanton-Barbaro of Bensalem, Pa., Raymond T. Stanton, Jr. and his wife Diane of Pine Hill, N.J., and Carmen Stanton-Belardo and her husband Eric of Snow Hill. There are eight grandchildren, Alexander, Kevin, Alex, Ryan, Francis, Emmalee, Elliott and Gideon, and several nieces and nephews.

Mr. Stanton had his own business where he worked in electronic repairs. He was a United States Navy veteran and member of Boggs-Disharoon American Legion Post #123 in Berlin and was a lifelong Eagles, Flyers and Phillies fan. He was a regular at the Atlantic Hotel and Globe where he had many very special friends.

A funeral service was held on Thursday, Dec. 28 at the Burbage Funeral Home in Berlin. Rev. Joseph Cocucci officiated. Interment was in Evergreen Cemetery in Berlin. A donation in his memory may be made to: Coastal Hospice, P.O. Box 1733, Salisbury, Md. 21804. Letters of condolence may be sent via: www.burbagefuneralhome.com 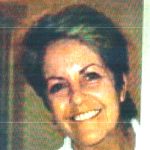 Born in Fall River, Mass. on Nov. 3, 1944, she was the daughter of the late Arthur Garfield and Phyllis Ashworth Rand. She was preceded in death by her husband, Bill Stevens, and two brothers Richard Rand and William Rand. Bonnie is survived by her children, William (Wes) Stevens of Baltimore, Andrew Stevens and his wife Lee of Northeast, Md., Elizabeth Buckley and her husband Timothy of Salisbury and Matthew Stevens of Baltimore and her sibling Cindy Dale and her husband Donald (Butch) Dale of Lexington Park, Md. Bonnie also leaves behind five adoring grandchildren.

Bonnie graduated from University of Maryland with a Bachelor of Science in education and raised her family in Damascus, Md. After Bill’s retirement in 1994, they moved to Ocean City where they enjoyed their time together. Bonnie enjoyed her second career as a realtor with Long and Foster Realty, where she made long lasting friends, until her retirement in 2012.

Bonnie loved a good conversation, traveling and spending time with her family, especially, with her grandchildren. She will be deeply missed by all that knew her.

A celebration of life will be held at Bull on the Beach, 94th Street on Jan. 13 at 1 p.m. A donation in her memory may be made to Coastal Hospice, P.O. Box 1733, Salisbury, Md. 21804. Letters of condolence may be sent via: www.burbagefuneralhome.com .

Harold was a program analyst for the Department of Defense for over 30 years. He retired in Ocean Pines in 1997 and became part of the community he loved. He was a staff member of the new Ocean Pines Library, taught Chemistry and Math classes at Wor-Wic Community College, played golf, was a member of St John Neumann Church and AOH organization.  Later on Harry became interested in Astronomy, attended adult education classes on the subject and became a “star gazer.” The thing he really loved most was “beaching it” with his family.

A funeral service will be held on Saturday, Dec. 30, 2017 at 11 a.m. at St. John Neumann Catholic Church. In lieu of flowers, please make a donation in his memory to Coastal Hospice at PO Box 1733 Salisbury, Md. 21801 or St. John Neumann at 11211 Beauchamp Road Berlin, Md. 21811. Arrangements are in the care of the Burbage Funeral Home in Berlin. Letters of condolence may be sent to the family at burbage@burbagefuneralhome.com.

Council Endorses ‘Plan B’ Budget, Plans To Use Reserves