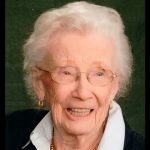 Born on May 2, 1920 she was the beloved wife of Edward Percy Phillips for 52 years whom she met during an equestrian fox hunt on “South Point.” She was the loving mother of three children, Ann Gunby Phillips Amoroso and her husband Frank; Edward Percy Phillips Jr. and his wife Ruth and Sarah Elizabeth Phillips Hooper and her husband Robert Michael. She was the adoring grandmother for nine grandchildren, Justin (Victoria), Kathryn (Ed), Colleen (Michael), Christa (Jason), Sarah Margaret, Stephanie (Mark), Natalie (Jon), Nicole (Josh) and Ceira (Alex). She was also blessed with seven great grandchildren, Alexia, Nicholas, Violet, Paige, Evan, Ethan and Owen.

She is a 10th generation descendant of Francis Gunby and Sarah Kirk who migrated from England in the 1660’s and settled along Gunby Creek in Somerset County. She was the only child of Harry Cornelius Gunby and Wilmina Burbage Gunby Harris of Ocean City, Maryland. Her paternal grandparents were Jacob M. Gunby and Lovey J. West and her maternal grandparents were William Jackson Burbage and Charlotte Ellen Turner.

Margaret Ann had a wonderful childhood growing up in Ocean City back when it was a small fishing village and a fledgling resort. Her home was burned in the Ocean City fire of December 1925 and she actually witnessed the cutting of the Inlet in 1933. She graduated from Ocean City High School and Hood College where she participated in Hood’s Equestrian Team. After the outbreak of World War II, and wanting to serve her country, she accepted a commission as a Lieutenant in the United States Navy. She was one of the very first women commissioned into the US Navy program WAVES (Women Accepted for Volunteer Emergency Service Program). Lt. Gunby served under Vice Admiral Alexander Sharp, Commander of the US Navy’s Service Force, Atlantic Fleet, in Norfolk, Va. until the end of the War. She was married during the war (on Jan. 13, 1945) while her husband to be was on leave from his service in the South Pacific. Of interest is the fact that she had to gain special exception to wear her wedding dress in lieu of her uniform.

Following her service in World War II, she worked for many years as both an English teacher and a librarian in the Public Schools of Selbyville, Lewes, Snow Hill and Stephen Decatur. She was the first Librarian of Worcester Preparatory School in Berlin.

She was an accomplished artist, loved to work in her garden, worked extensively on her genealogy and enjoyed fishing on Assateague Island with her husband. She and Ed loved traveling, particularly in their Airstream Trailer. She was a member of Soroptimist and was active in the Girl Scouts of America. She was a devout Episcopalian serving for many years on the Altar Guild of St Paul’s Episcopal Church.

A special note of thanks to her loving and devoted caretakers, Frances Jones, Linda Wright and Anna Pierce, who have been a source of compassionate caring for not only Margaret Ann but for her children. 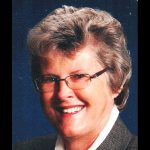 Born in Niskayuna, N.Y., she was the daughter of the late Ruth and Clayton Barber. She will be lovingly remembered by daughter Kimberly Briscoe and her husband Avery, granddaughter Alexis and grandson Skylar who were her life, and of whom she was so very proud. Also surviving are three sisters and numerous friends.

Joyce and her daughter moved to the shore in 1974 and had always worked in the motel business. She kept books for Kenny Baker’s Francis Scott Key, and later as a property manager for the Ocean Park and Sandy Hill, part of the Harrison Group. In 1992, she went to the Oceanic Motel where she had a great love for her guests and fellow employees. She knew most of her returning guests by their first names and they definitely knew her.

Joyce was a member of St. Mary’s/Holy Savior Catholic Church never missing mass. God was very important to her and she always wanted to be in his house on Sundays. She loved basketball and would be at the Stephen Decatur games whenever her daughter played and continued to attend until she became ill. She also attended her grandchildren’s games when they were in high school and college. She enjoyed reading books about the Amish and taking trips to Lancaster.

A mass of Christian Burial was held on Thursday, Dec. 14, 2017 at Holy Savior Catholic Church, 17th Street and Philadelphia Avenue in Ocean City. Rev. Stanislao Esposito officiated. Interment followed in Evergreen cemetery in Berlin. In lieu of flowers, a donation in her memory may be made to Adrenal Cancer Support Fund: UMHSTributes@umich.edu or Coastal Hospice. P.O. Box 1733, Salisbury, Md. 21804. Letters of condolence may be sent via: www.burbagefuneralhome.com . Arrangements are in the care of the Burbage Funeral Home in Berlin. 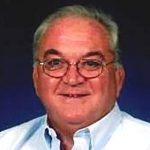 Born in Berlin, he was the son of the late Roland Jennings Whittington and Elizabeth Taylor Whittington. He was preceded in death by a granddaughter, Meg Whittington James. He is survived by his wife, Cordelia Warren Whittington “Dee,” and children, Kenneth Douglas Whittington Jr. and his wife Carol of Cambridge, Terri Wattay of Ocean City, Elizabeth Whittington of Ocean City and adopted daughter, Marilyn James and husband Michael. There are seven grandchildren, Ensign Benjamin Wattay, Jessica Wattay, Cameron Wattay, Spencer Wattay, Matthew James, Madison James and Mary James. Also surviving are his brothers, Gary Whittington of Berlin and Jennings Whittington and his wife Susan of Berlin and an uncle, Paul Taylor and wife Carol of Bishopville. There are several cousins, nieces and nephews.

Kenny was a graduate of Stephen Decatur High School Class of 1960. Kenny had worked in construction and was a builder. He built spec homes. He owned and operated Mallard Ridge Inc. Rental Properties in Berlin. He was the owner of K.D.W. Stables where he raised and raced Standardbred horses. He was a member of Stevenson United Methodist Church, the Maryland Standardbred Racing Association and Moose International. He enjoyed international traveling, baseball, the Orioles and the Nationals and harness racing.

A funeral service will be held on Friday, Dec. 15, 2017 at 2 p.m. at the Burbage Funeral Home in Berlin. Friends may call one hour prior to service. Interment will follow at Sunset Memorial Park in Berlin. Buzz Taylor will officiate. In lieu of flowers, donations may be made to the Berlin Volunteer Fire Co. at 214 N. Main Street Berlin, Md. 21811. Letters of condolence may be sent to the family at burbage@burbagefuneralhome.com.