BERLIN – At its annual Corporation Meeting, Atlantic General Hospital’s Board of Trustees voted in a new Board Chairman, Hugh T. Cropper, IV, who is the former treasurer of the board. 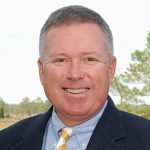 “We acknowledge Hugh’s dedication and hard work for Atlantic General,” said Michael Franklin, president and CEO of Atlantic General Hospital. “We are thrilled to welcome Hugh as the board chair. We are likewise especially grateful for the three years Lou Taylor served as our board chair, and the positive impact that he has made.”

Taylor served as chair from November 2014 to October 2017. He started serving on the board in 2006, with his board term ending in 2017. Taylor is the superintendent of the Worcester County Public Schools. Taylor is a member of the National Association of Secondary School Principals, sits on the board of directors of Calvin B. Taylor Bank and Hudson Health Services and is a lifetime member of the Friendship United Methodist Church in Berlin.

OCEAN CITY — Gillis Gilkerson has announced the completion of renovations to Park Place Hotel at 2nd Street in Ocean City.

The 70,627-square-foot renovation project added a half floor to the sixth level, an entire floor for the seventh level, a new penthouse for elevator service and mechanical rooms and expanded the pool deck with a second pool and renovated the existing pool for the existing hotel.

“We have a strong relationship with Park Place Hotel’s leadership team,” said Dwight Miller, president, Gillis Gilkerson. “This renovation was unique in that we added a full story and a half to an existing 17-year-old hotel. We are thrilled to hear that the seventh floor rooms are in high demand and that the expansion has created even more buzz about the highly rated hotel.”

Other additions include new pools, pool deck with glass railings, gym, laundry room and utility tower.  Renovations converted two sets of rooms on each floor into suites equipped with full kitchens and separate bedrooms.  The old pool was transformed into a spa pool and balconies were added to the sixth and seventh floors.

“Gillis Gilkerson has done a beautiful job.  This renovation has changed the skyline of Ocean City,” said Bill Douglas, hotel representative. “Park Place Hotel has literally risen out of the sand and people can see our building stand out among all the others.”

SALISBURY — Project Living Well, a partnership program of Peninsula Regional Medical Center (PRMC) and MAC, Inc., both located in Salisbury, has been chosen as a Health Quality Innovator of the Year award winner.

Presented by Health Quality Innovators (HQI), the awards recognize the innovative efforts of seven health care organization programs in Maryland and Virginia that are designed to improve health in four categories: Collaboration, Health IT, Patient-Centered Care and Population Health.  Project Living Well received the Innovator of the Year award in the Population Health category.

Since 2015, MAC and PRMC have co-led Project Living Well, an initiative focused on expanding access to self-management programs on the lower Eastern Shore of Maryland.  Patients who participate in Project Living Well classes for chronic disease management learn, as part of a peer led team, how to read medicine bottles, what questions to ask their doctor, how to get appointments, the importance of a healthy diet and exercise and how to add both to their day, when to call their doctor’s office, how to talk about advance directives, how to problem solve, and many other skills necessary for managing chronic disease.