OCEAN CITY — The Office of the Chief Medical Examiner on Wednesday ruled the death of a Texas woman accidental and the cause was asphyxia due to suffocation.

The Ocean City Public Works Department’s beach cleaning crews were completing their overnight duties between 6 a.m. and 7 a.m. on Monday when they discovered a deceased woman on the beach at 2nd Street. The woman was later identified as Ashley O’Connor, 30, of Plano, Texas. The victim was buried in the sand with just a forearm and hand exposed. She was also found wearing a temporary paper wristband often used at bars and nightclubs for identifying of-age patrons.

The Ocean City Police Department (OCPD) Forensics Unit, with assistance from Maryland State Police crime scene technicians, processed the scene and removed the victim’s body from the sand around 4:15 p.m. on Monday, about eight hours after it was first discovered. The victim was evaluated by the Office of the Chief Medical Examiner, who determined the cause of death was accidental and the manner of death was asphyxia due to suffocation in a report released on Wednesday. 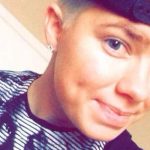 The preliminary investigation revealed O’Connor walked onto the beach alone at approximately 2 a.m. after separating from her parents and was later discovered in a hole covered by sand. It remains to be determined if O’Connor fell into the hole or climbed in on her own accord. In either case, there still appears to be more questions than answers and the investigation is ongoing.

A portion of the beach was closed on Monday as the OCPD forensics team and other first-responders processed the scene and removed the victim. The body was removed at around 4:15 p.m. and the beach was reopened to the public at about 5 p.m. Anyone with information is urged to contact the Ocean City Police Department Major Crimes Unit at 410-723-6604.

By Wednesday afternoon, a Go Fund Me page had been set up in O’Connor’s memory and for the benefit of her wife that provides a little more detail about the victim. O’Connor was recently married and self-employed, opening a painting business along with her new spouse. The money raised by the fundraising effort will go to supporting the victim’s spouse.

The page reads, “In the early hours of July 31, heaven gained another angel, Ashley O’Connor. Ashley was a newly married, young woman who was self-employed and just starting out in a painting business with her wife, Janet. Janet is, of course, devastated as she’s lost her best friend, wife and main source of income. Please help us raise money to assist Janet with her daily expenses and to help ease the burden of life without Ashley. This gofundme is supported by Ashley’s family and all funds will go directly to Janet.”

The page can be found at https://www.gofundme.com/in-memory-of-ashley-oconnor