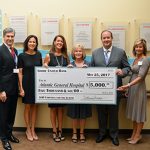 Shore United Bank and its community of companies have a rich history dating back to 1850. The bank is committed to the success of its communities and maintains strong ties within the communities it serves.

Campaign For The Future Co-Chair Jack Burbage said, “We’re extremely grateful for the commitment shown to our not-for-profit community hospital and the generous support of local businesses like Shore United Bank.  The way healthcare services are delivered is changing, but Atlantic General’s commitment to state-of-the-art medicine only grows stronger. Philanthropy plays a critical role here in our community – thanks to the generosity and support of the residents and businesses of our community – we can help AGH meet the challenges of providing the very best healthcare services right here – close to home.”

“We are honored and grateful to win 10 Regal awards from The Home Builders Association including Delaware’s Community of Year,” said Michelle D. Freeman, president and CEO of Carl M. Freeman Companies. “Amongst heavy competition, these awards validate the hard work, creativity and dedication our team provides every day to make Bayside a world class resort community.” 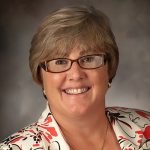 “The healthcare management field plays a vital role in providing high-quality care to the people in our communities, which makes having a standard of excellence promoted by a professional organization critically important,” said Deborah J. Bowen, president and chief executive officer of ACHE. “By becoming an ACHE Fellow and earning the distinction of board certification from ACHE, healthcare leaders demonstrate a commitment to excellence in serving their patients and the community.”

“I am extremely grateful to have earned this designation and truly believe myself and the other FACHE executives and leaders at Atlantic General Hospital are furthering the hospital and health system’s mission and ethical commitment to the community through lifelong learning,” said Justice, who has been with the hospital since 1993 and previously held positions as laboratory manager and director of ancillary services. 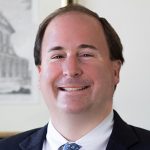 Custis is a partner in the law firm Custis, Dix, Lewis, and Custis, LLP in Onley, Va., and has practiced law on the Eastern Shore of Virginia since 2010. In 2015, MCustis expanded his law practice into Maryland, becoming affiliated with the firm of Long, Badger, & Sheller, LLP in Salisbury. Mr. Custis owns Eastern Shore Tax Advisors, LLC, a tax compliance and consulting firm located in Onley, Virginia.

“We are delighted to welcome John Custis to our Board of Directors. Taylor Bank has recently expanded onto the Eastern Shore of Virginia with the opening of our 11th branch in Chincoteague. John is a native of Onancock, Va., and his market knowledge, community involvement and professional affiliations will bring tremendous value to the bank as we increase our market presence on the Eastern Shore of Virginia,” said Thompson.

In 2008, Glass developed the socket shield surgical technique, which, after much research over the last eight years, is providing surgeons with an innovative approach to placing dental implants. Glass also utilizes new treatment procedures involving implant therapy and cutting edge techniques such as providing patients with a new smile the same day. She has been practicing on the Eastern Shore for 33 years.

OCEAN CITY — The Art League of Ocean City and the Ocean City Center for the Arts welcomed Georgette Greason of Ocean View, Del. as their new development and events coordinator. 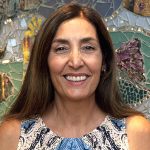 Originally from New York, Greason holds a BS in special education from Florida International University and an MS in education from Western Connecticut State University. She has previously volunteered extensively in the nonprofit sector, working in development, fundraising, and grant writing.

“Working collaboratively, I look forward to establishing partnerships with those who value, appreciate and understand the importance of supporting a vibrant arts community,” Greason said.

“Contributing to the growth of a family legacy has offered us a unique and rewarding opportunity,” said Dwight Miller, president of Gillis Gilkerson. “We are excited this hotel is already attracting attention and visitors for the 2017 summer season in Ocean City.”

The new 54,000 square foot hotel is located where the Riviera Motel once stood until it was demolished in December 2015. The new hotel accommodates 63 guest rooms on four floors and includes a conference room, outdoor pool, restaurant and bar.

“They stayed on track, built the hotel on time, on budget and delivered a great hotel product,” said Patrick Leary, project manager for the owner.  “From the concrete and painting to the punch out man, we were very happy with the professionalism and quality of all of the sub-contractors Gillis Gilkerson brought on board to make it happen.”