On Thursday, June 15, at approximately 9 p.m. Ocean City police responded to the area of Wicomico Street and Baltimore Avenue after receiving reports of a man with a rifle and shots fired. Witnesses provided a description of the suspects and their vehicle. Patrol officers quickly located the suspect vehicle northbound on Baltimore Avenue and stopped the suspects with assistance from the Ocean City Police Department Narcotics Unit who were conducting a crime suppression detail in the downtown area at the time with the support of the Worcester County Criminal 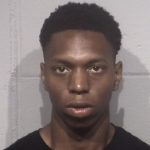 Enforcement Team and a Maryland State Police special enforcement team. The suspects were identified as Christopher M. Thomas, 20, and Tarik R. Purcell, 18, of Gwynn Oak, MD. The two were arrested without incident. During a search of the vehicle, officers located two Hi-Point 9mm carbine pistols. 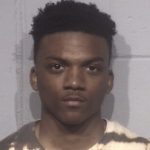 After investigation, officers determined that Thomas and Purcell had gotten into a verbal altercation with another group before firing two rounds into the air in the 100-block of Wicomico Street. At that time, both parties fled the scene. Two spent shell casings were located in the area. No victims were reported during this incident.

Thomas and Purcell were seen by a Maryland District Court Commissioner and have been transported to the Worcester County Jail without bond.